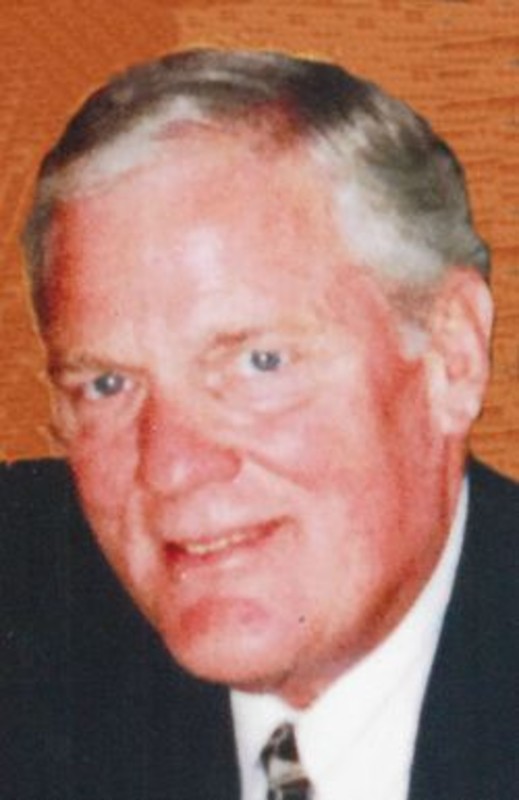 Earle M. (Bud) Goodnight passed from his journey in this world to his eternal home to be with his Lord and Savior on August 18, 2015 at 9:45am. He was born on February 27, 1936 in Lafayette, Indiana to Melvin Maurice (Bo) and Thelma Abel Goodnight. Bud graduated from Jefferson High School in 1954. He lettered in football, basketball, golf, and track for the Broncho teams. He accepted a football scholarship from Colorado A & M and played varsity football for three years. He also competed on the university swim team and was a member of Sigma Nu Fraternity. Bud later served in the U.S. Navy Air for four years. He attended the University of Denver and graduated in 1961 with a degree in Hotel and Restaurant Management, and Business Management. In 1961, Bud married Mary Ann Lowell in Sioux City, Iowa. They were parents to Todd, Terri, and Kirk Goodnight. From 1961-1963, he managed the Arapahoe Ski Lodge and Facilities. In 1964, the family moved to Santa Maria, California, where Bud was the general manager of Hunter's Inn and Restaurants. In 1965, he started the Fidelity Union Life Insurance Agency in Santa Barbara, where he also assisted with coaching football at UCLA, Santa Barbara. He and his family returned to Indiana in 1966 to open a Life Insurance Agency in Muncie. In 1969, Bud bought the Roberts Hotel in downtown Muncie. It soon became the place to go for gourmet dining and live entertainment. In 1970, Bud (being tired of fighting with the unions) returned to the western slope of Colorado where he bought a hunting and fishing lodge. Spruce Lodge was located in the Grand Mesa National Forest which had a restaurant, bar, and cabins. He was the outfitter with four guides leading hunting trips for deer and elk. He loved those years on the hill. He then became a real- estate agent in Cedaredge (at the bottom of the hill) until 1981, when he returned to Denver and became a stock and commodities broker for E .F. Hutton. In 1990, he retired to Long Boat Key, Florida. Bud returned to Indiana in 1996 when he married his high school sweetheart, Anne Price McKenzie on July 13, 1996. He came out of retirement to help Anne with the operation of four local KFC restaurants. Bud had many favorite pastimes; the mountains, the white sand and blue water were his favorites, and if there was a golf course in the area, that would make it even better. He was a true master at playing bridge, and completing jigsaw puzzles. Bud became a born again Christian in 1990. Jesus Christ, his Lord and Savior, was first in his life giving him the peace he was always striving for. He spent time with the Lord every morning and studied his bible and Christian literature daily. Bud was a member of Covenant Church, Covenant Men's Bible Study, Men's Bible Study Fellowship, and a couple's bible study. He helped with the start of Harvest Chapel in Lafayette and was a member of the John Purdue Club. He was also involved with the Vinton Woods Club for many years: committed to beautifying the ponds and stocking them with fish. Bud is survived by his wife, Anne, and his three children, Lowell Todd Goodnight, Terri Ione Goodnight Matheney (husband, John), and Kirk Alan Goodnight (wife, Stacey), and three step-children Jennifer McKenzie Butterworth (husband, John), John McKenzie (wife, Jill), and Jim McKenzie (wife, Sarah). He was devoted to his ten grandchildren: Sydney Goodnight, Adyson Goodnight, Andrew Butterworth, Alex Butterworth, Kyle Butterworth, Meagan McKenzie, Molly McKenzie, Taylor McKenzie, Ali McKenzie, and Samantha McKenzie. He is furthered survived by his sister, Janet Goodnight Frey (husband, Garland). He was preceded in death by a sister, Carole Goodnight Reynolds and his parents.Visitation 5-8pm Friday August 21 Soller-Baker Lafayette Chapel 400 Twyckenham Blvd. Lafayette,IN 47909. A Celebration of Life will be held Saturday, August 22 at 11:00 am at Covenant Church, West Lafayette, Indiana with Rob Eyman, officiating. In lieu of flowers, memorial donations may be made to The Kennedy Disease Association, P.O. Box 1105, Coarsegold, California 93614 or charity of choice.