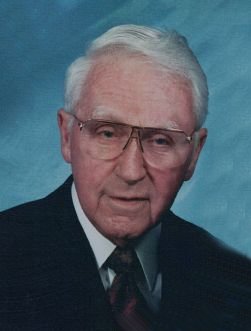 Earl Landson Park,  the Son of Oscar B and Kate Hairing Park was born December 31, 1919 in Galesburg, Illinois, grew up in Wapella, Illinois, graduated from Wapella Community High School in 1937 and then in June 1941 received his Bachelors Degree in Agricultural Economics from the University of Illinois at Urbana/Champaign, Illinois.  From June 1941 to January 1942 he was on the staff of the University of Marylandat College Park, Maryland while taking advanced studies.

He was a member of First Christian Church of Lafayette having served as Elder, Trustee, Chairman of the Official Board and Chairman or member of various Standing and Special Committees of the Church.  This followed similar positions and activities at the National City Christian Church in Washington, D.C. while he and his family lived in the Maryland/Washington, D.C. area.  He has been an active member of the Rotary club while living in Lafayette and was very active in the Greater Lafayette Rose Society during the time it served the community.

He is survived by two sons; Mark Landson Park, DVM (wife Terri) of Fishers, Indiana and Steven Earl Park MD (wife Beth) of Cincinnati, Ohio.  He is also survived by three grandsons — Nathaniel, Elijah and Brandon and by three granddaughters —  Kaitlyn,  Madison and Noelle.  He was preceded in death by his parents and one brother, Bradford Park.

Because of restrictions in place due to the corona virus, a private service will be held on Thursday. A video recording of the service will be available online on Friday.  Entombment will be at Tippecanoe Memory Gardens in West Lafayette. Memorial contributions may be made to First Christian Church in Earl’s memory.