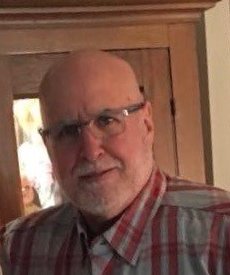 Duane L. Dotson, 68, of Lafayette, passed away on Tuesday, March 3, 2020 at IU Health Arnett Hospital after battling a short illness.  He was born October 10, 1951, in Huntington, WV, to the late Donald and Marie (Bradshaw) Dotson.  Duane attended Huntington East High School in Huntington, WV.  On October 21, 1994, he married the love of his life Cheryl Keeney Gray in Lafayette and she survives.

Duane worked at the Tate & Lyle South Plant for over 30 years and retired in 2013.  He was a member of ABATE, Uptowner’s Club, and the American Legion #492 in West Lafayette.  Duane enjoyed riding his Harley, listening to music while drinking a cold beer, traveling, and spending time with his family and friends.

Visitation will be from 5:00 pm until the time of the service at 7:00 pm on Saturday, March 7th at Soller-Baker Lafayette Chapel, 400 Twyckenham Blvd., Pastor Pam Mickler officiating. A Celebration of Life will be held from 1:00 pm to 5:00 pm on Sunday, March 8th at the Uptowner’s Club on Barton Beach Road in Lafayette. In Lieu of flowers donations may be made to The Children’s Christmas Fund at the Uptowner’s Club.  Envelopes will be available at the funeral home or Uptowner’s Club.