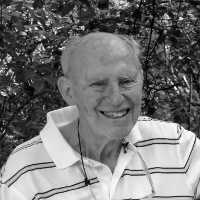 Dr. Robert C. Shuster of Atlanta, formerly of Asheville, N.C., died peacefully on August 11th at the age of 86. He is predeceased by his wife of nearly 50 years, Myrna Shuster, and is survived by his son, Todd Shuster and his wife, Elyse; his daughter, Lauren Kazlow and her husband, Gary; his granddaughters, Sarah, Abby and Anna Shuster, and Arielle Kazlow; his brother, Arthur Shuster; and his sweetheart and partner over the past ten years, Elaine Harris. He was a research biochemist at Emory University for more than 30 years, having taught in the medical and nursing schools, and his career led him to work in both France and Israel. He was a veteran of the Korean War, stationed at Fort Benning, Georgia.

Dr. Shuster had strong ties to the Jewish community throughout his life. He was a member of both Temple Sinai and Ahavath Achim synagogues in Atlanta, and of Congregation Beth Ha-Tephila in Asheville, N.C. His kind and generous nature led him to work diligently for many Jewish charities, including service on the boards of ORT and the Jewish Federation, and as Social Action Chair at Beth Ha-Tephila. He also was a staunch supporter of the JDRF, whose mission was a personal one for his family. He was a dedicated lover of learning and intellectual discourse, and as a gifted and natural teacher, he loved to share his incredible wealth of knowledge about religion, history, philosophy, science, politics, art, literature, classical music, opera, and more. He enjoyed playing the piano, and he was a lifelong and talented bridge and tennis player.

While he loved to travel and to experience other cultures, family was most important to him. He was a loving son, brother, husband, father and partner, but his greatest joy was in seeing his four granddaughters become strong, caring and independent young women. He was greatly adored and loved by them. His kind, gentle, patient and caring soul will be sadly missed by all who knew him.

Dr. Shuster will be buried next to his wife, Myrna, in the Temple Israel Cemetery Lafayette, Indiana on August 13, 2019 Tuesday at 1:00 pm., Rabbi Michael Harvey officiating. A memorial service will be held in Atlanta at The Piedmont at Buckhead (650 Phipps Blvd) on Thursday at 3:15 pm. In lieu of flowers, contributions can be made to ORT, the Atlanta Jewish Federation, Temple Sinai or the JDRF.

You may sign the guest book and leave memories HERE.