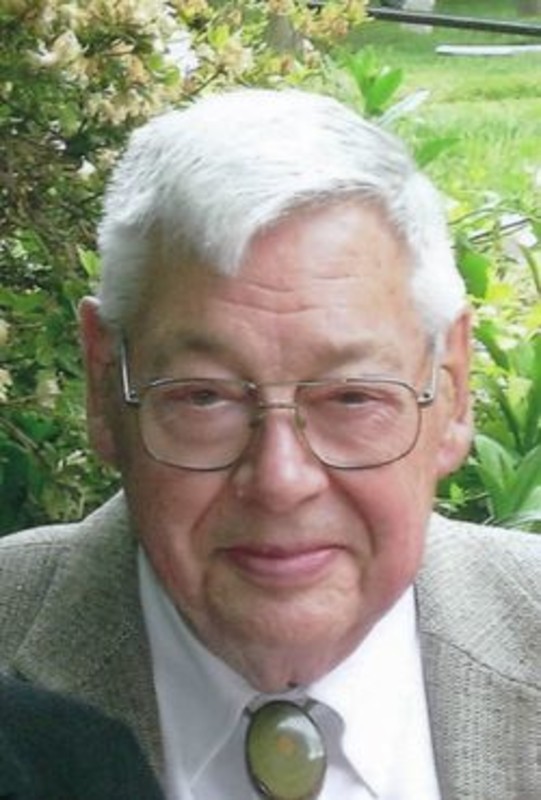 Dr. David Cullen Beck MD, 92, of West Lafayette, passed away at 5:30 pm Sunday, July 10, 2016 at Cumberland Pointe Health Campus.
He was born July 23, 1923, in Millersburg, to the late Dr. Russell and Florence Bickel Beck.
David graduated from Elston High School in Michigan City in 1940 and went on to serve in the United States Navy from March 29, 1943 to January 9, 1946. After serving he graduated from Indiana University School of Medicine in 1951. His first marriage was to Beverly Barker in Scircleville in 1944. She passed away in 1984.
Dr. Beck served his medical internship at South Bend Memorial Hospital from 1951 until 1952 he then went into general practice in Monticello from 1952 until 1969 before starting his dermatology practice in West Lafayette in 1971 and retiring in 1992.
After retirement he enjoyed woodworking, making lathe turned art and shaker boxes. He was a familiar figure at central Indiana craft shows. Dr. Beck was active in the Boy Scouts of America for 75 years starting as a Cub Scout in 1932 and finishing in 2007 as a Scout Master.
On June 16, 1985 he married Gail E. Reames Etienne in West Lafayette and she survivies.
He was a member of Badger Grove Community Baptist Church of Brookston and a former member of Federated Church of West Lafayette.
Surviving along with his wife are children, Dr. Robert Beck (wife Marjean) of Findlay, OH, Donald Beck (partner Dr. Larry Eynon) of Cincinnati, OH, Janice Beck of Alexandria, VA, Philip Beck (wife Suzanne) of Cincinnati, OH, Kurt Hinkle (wife Sabrina) of Colfax, Dr. Tony Hinkle (wife Dr. Linda) of Lebanon along with fourteen grandchildren, Dr. Kristen Beck-Conforti (husband Ben), Dr. Laurel Beck-Bennett (husband Chad), Paul Beck (wife Susan), Anna Vogt-Olsen (husband Ossian), Dr. Julie Vogt-Braun (husband Matthias), Nathan, Emma and Sarah Beck, Kate, Jessica, Leanne, Zabrina, Clark and Adam Hinkle as well as ten great grandchildren, Tallulah, Isabella and Miles Conforti, Liam, Alaina and Nora Bennett, Magnus and Fenna Beck, Rosamund Olsen and Freddy Braun.
David was preceded in death by a brother, Dr. Joseph A. Beck and a daughter, Susan Hinkle Kinder.
Visitation will be from 3:00 pm until the time of the service at 5:00 pm on Sunday July 17, 2016 at Soller-Baker West Chapel, 1184 Sagamore Parkway W. West Lafayette, IN 47906 with Rev. Roger Strunk officiating. A private Entombment will be at Tippecanoe Memory Gardens.
Those wishing may contribute in Dr. Beck’s name to the Boy Scouts of America Troop 335 at St Andrews United Methodist Church of West Lafayette or Badger Grove Community Baptist Church of Brookston.