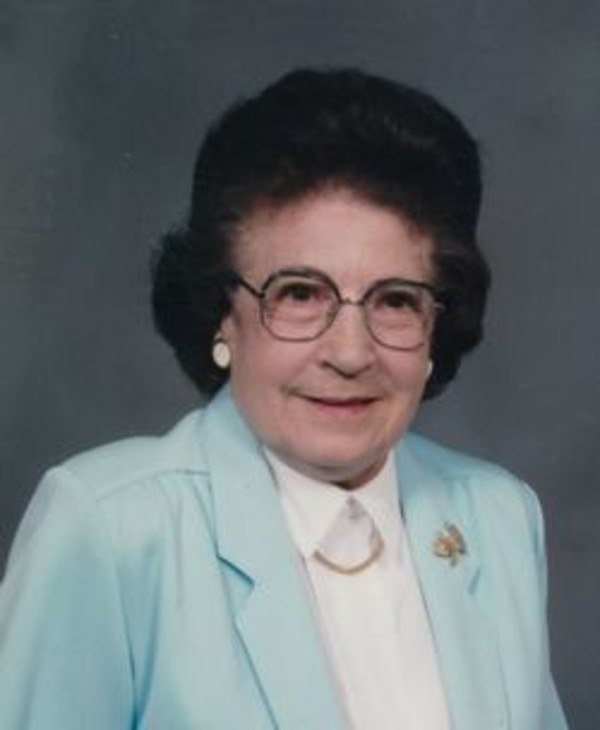 Dorothy I. Hoffine 93 passed away at 11:00 P.M. Wednesday June 10th, 2015 at St. Anthony's Health Care. She was born on October 20, 1921, in Davis Township, Fountain County, Indiana. She was the daughter of the late Jesse and Pearl Duncan Carlson. She grew up in Fountain County and attended Attica High School. She graduated from the Martin Beauty College in Lafayette, and was a beautician for many years. Dorothy has lived in the Lafayette area since 1945. On March 12, 1947 she married William W. Hoffine in Attica, and he survives. Her passion was volunteer work. She was a volunteer at Home Hospital starting in 1972 donating over 10,500 hours. Dorothy received several awards including: Governor's Award in 1983, Outstanding Volunteer Service Award in 1987, Community Volunteer Award in 1989, and the Eulora Andrews Award in 1990. She was a member of the Red Poll Association and the Red Poll Breeder's Association of Indiana. She attended Brady Lane Church of Christ. She is survived by her loving husband of 68 years, William W. Hoffine. She is also survived by four nieces, two nephews, eight great nieces, three great nephews, and several great, great nieces and nephews. She is preceded in death by three brothers, Clint, Orville, and Charles Carlson, two sisters, Berniece Oteham and Lucille Short Pearl, nephew James Short, and great nephew Jeff Rich. Dorothy loved to sew, crochet, and knit Afghans. Visitation will be Monday June 15, 2015 from 12-1pm Soller-Baker Lafayette Chapel followed by funeral service at 1pm at Soller-Baker Lafayette Chapel. Burial at Tippecanoe Memory Gardens. Memorial contribution to Brady Lane Church of Christ 2701 Brady Lane Lafayette, IN 47909 or charity of choice.