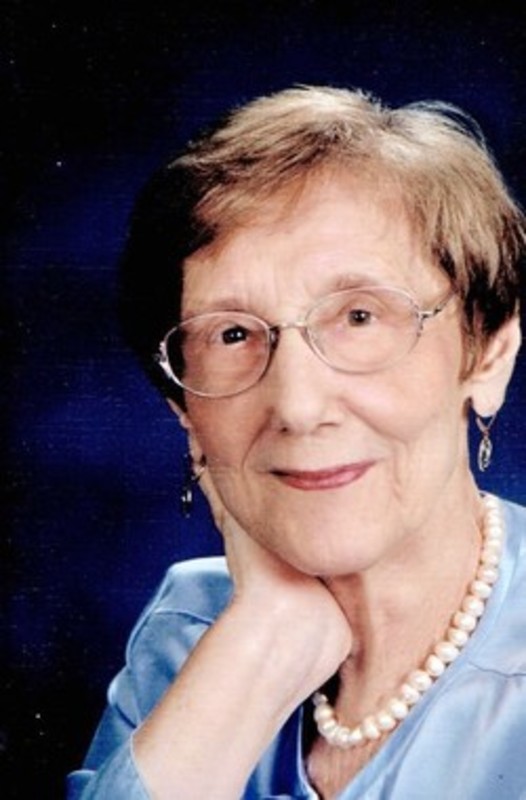 Doris Jane Holtman Cottingham, 95, passed away peacefully in her sleep at University Place, West Lafayette on March 5, 2018.  She was born January 27, 1923 in Lafayette to the late Gustav and Louise Schurman Holtman. Doris graduated from Lafayette Jefferson High School and Purdue University majoring in Home Economics with a Masters in Counseling.

After graduating from Purdue where she was a member of Chi Omega sorority, she became a teacher and taught at Lafayette Jefferson High School. She married L. Dwain Cottingham, March 1, 1949 at St. James Lutheran Church in Lafayette and moved to their farm in Warren County. She was an English teacher and guidance counselor at Pine Village School. She will be remembered as a loving and devoted wife and mother—creative and energetic, she was an inspiration to all who knew her. Doris was a master gardener, quilter and seamstress, talented and adventurous cook, avid reader and historian. She and Dwain enjoyed traveling to see friends and family and hosting family reunions at the farm.

A lifelong educator and historian, Doris authored two books: “Pearls Along the Wabash,” and “Pine Village Football: The Inside Dope—The History Of A Pre-NFL Pro-Football Team.”

In lieu of flowers, memorial contributions can be made in Doris’s name to Warren County Community Foundation or St. James Lutheran School Endowment Fund.