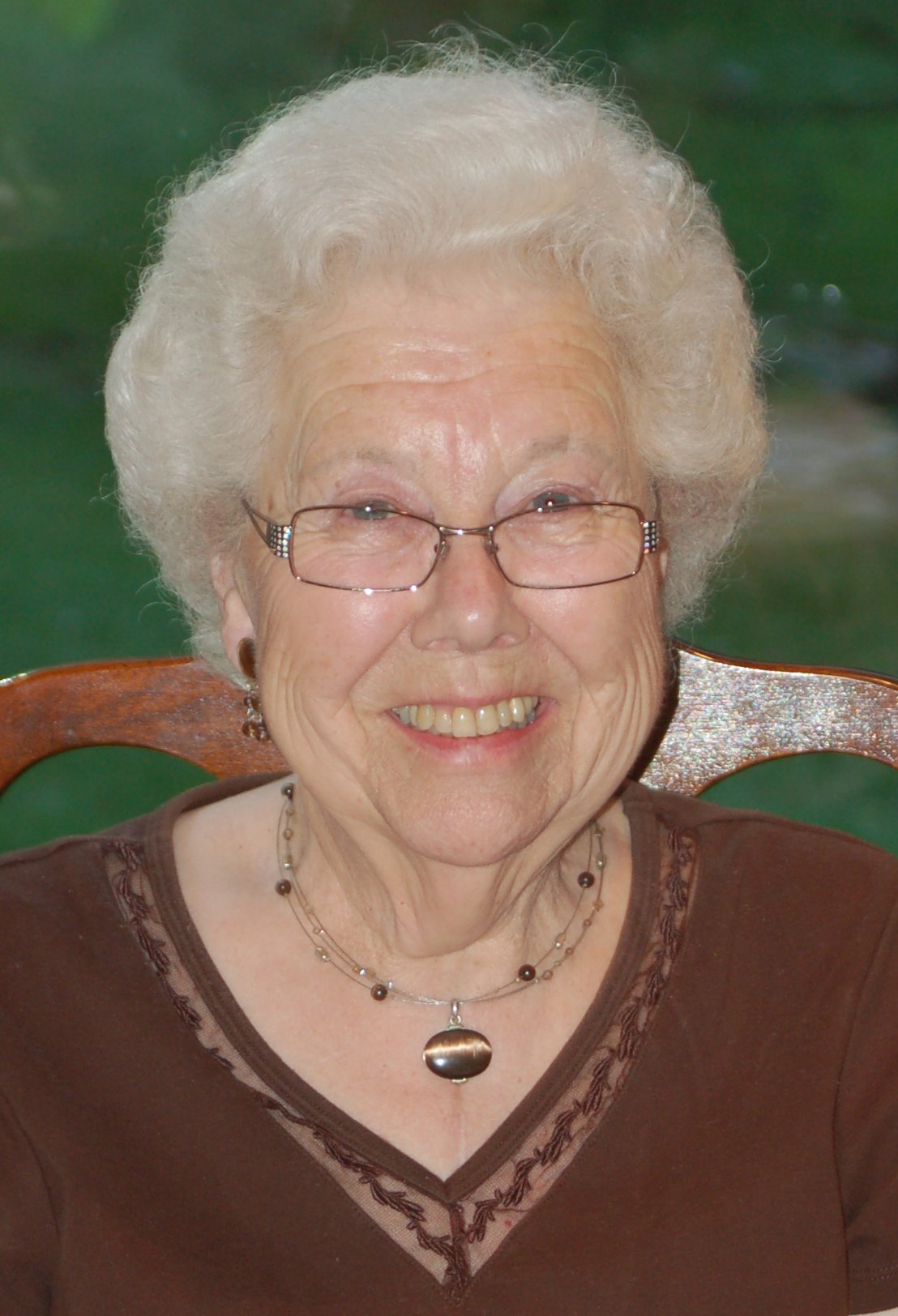 Ruthie was born June 19, 1925, to Frederick and Gertrude Gear in Sherborne, Dorset, England.  Delivered by a midwife she was the 5th of six children and the only girl in the family.  Being the only girl worked to her advantage as she got her brothers to do her math homework and cover for her during various escapades as she grew up.

She attended Sherborne Abbey grade school and at the age of 11 received a scholarship to attend the Lord Digby School for Girls as a day student.  As it was during World War II, she often recalled the air raid drills they had at school and the rude noises the girls learned to make with their gas masks.  Ruthie always loved to have fun!

After graduation Ruthie worked for three years in the local Ministry of Food Office.  During that time, she met Wilbur Banes, an American soldier stationed in Sherborne.  They married and Ruthie’s American adventures began.

She sailed from Southampton, England on the S.S. America and arrived in New York Harbor in December 1946.  She often remembered seeing the lights of New York and described them as “fairyland” since England was still under brownout conditions.  Although Ruthie became an American citizen in 1952, she remained a Brit in her heart and loved to go back to visit family and friends in her home country.

Ruth was office manager at Monon Trailer for 30 years.  She later worked at Kelley’s Interiors in Monticello for 17 years.  She moved to Lafayette in 2012 and had been a resident at Rosewalk Village since May of 2016.

Ruthie was preceded in death by her brothers George, Ronald, Richard, Peter, and David Gear, all of England.

Memorial contributions may be made in Ruthies name to Food Finders at 1204 Greenbush St. Lafayette, IN 47904 or online at https://www.food-finders.org/give/

Due to the current COVID restrictions a private family service is scheduled with burial to follow at Bedford Cemetery in Monon.