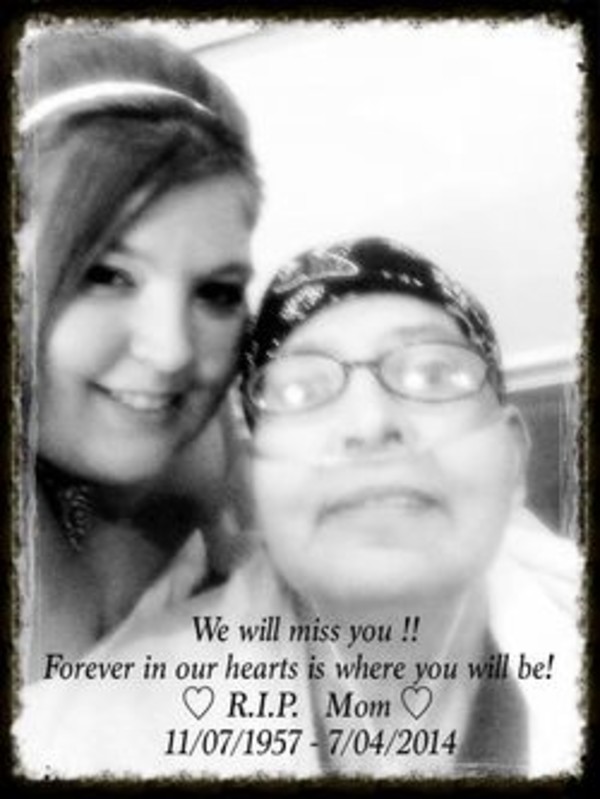 Donna Lee (Clark) Petro, 56, of Lafayette, received her angel wings on Friday, July 4, 2014 in her home after a brief struggle with cancer. Donna was born November 7, 1957, in Lebanon, IN. She was the daughter of the late Eunice Petro (husband Donald) and Forest “Bud” Clark (wife Beverly). She is survived by her common-law husband, Harold Eisele, her son, Mike Sell, of Lafayette, and daughter, Deanna White (husband Jeff) of Indianapolis. She has 3 grandchildren, Hali Sell, and Zach and Victoria Hoshor, and a step-grandson, Devlyn Paxton. 3 brothers, James Clark Sr. (wife Suzanne), Robert Clark (wife June), and Thomas Clark, of Columbus, and a sister, Annita Clark, and several neices and nephews. Visitation will be 1 hour prior to a 1:30 PM service on Tuesday July 8, 2014 at Soller-Baker Lafayette Chapel, 400 Twyckenham Blvd. Lafayette, IN 47909. The burial will follow at Johnson Cemetery. Those wishing may contribute to the American Cancer Society, 5635 W. 96th Street, Suite 100 Indianapolis, Indiana 46278.