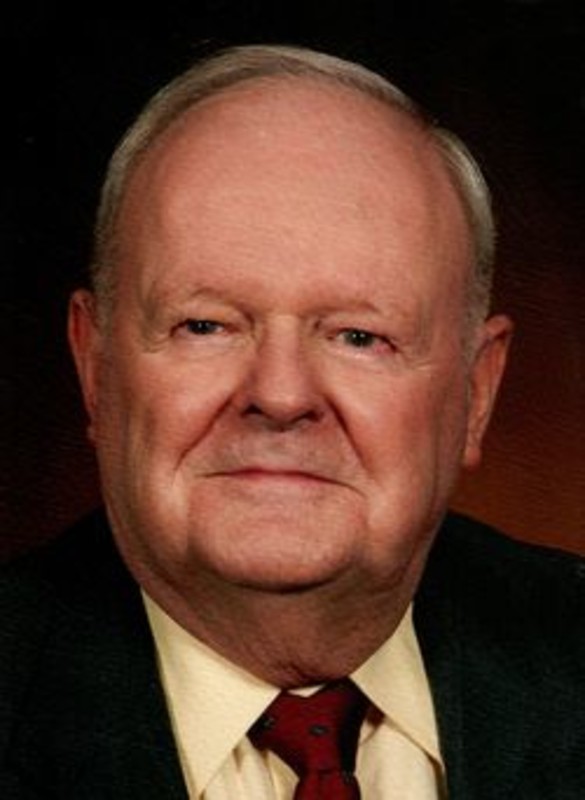 Donald R. Smith, 92, of West Lafayette, Indiana, passed away at University Place October 29, 2016.
Donald R. Smith was born on October 14, 1924, in Vincennes, Indiana and was the son of Raymond M. and Mary Mendenhall Smith. In High School, he played violin and clarinet and had a lifelong love of music. After graduation from Vincennes Lincoln High School, he served in the Army Air Corps in World War II as a First Lieutenant from 1944-1946. As a pilot, he flew C-46s delivering supplies in the Pacific from Brisbane, Australia to New Guinea, Philippines, Palau, Okinawa and Tokyo. After his Honorable discharge, Don attended Indiana University, received a Bachelor of Science Degree in accounting, followed by a Doctor of Jurisprudence Degree from Indiana University School of Law in 1950. He practiced as a Lawyer and CPA in Lafayette, Indiana until his retirement.
Don was an active member of First Christian Church, serving as elder, long time member of the choir, church board and committees. He served on National Disciples of Christ boards including: Chair of the Board of Church Extension, Chair of Christian Theological Seminary and Board member of the Pension Fund of the Christian Church. He served on the board of Westminster Village and was President of the West Lafayette School Board. He was a 65 year member of the Lafayette Noon Kiwanis Club.
Time spent at the family cottage on Lake Freeman where he sailed, water skied, swam and enjoyed boating were special. He always looked forward to annual family trips to Pentwater, Michigan. He enjoyed trips to all of the Indiana State Parks and several National Parks, including the Angel’s Landing Trail in Zion National Park. Among his favorite experiences were trips with his children rafting the Colorado River.
He was an avid reader. After a stroke in 2012, he had a hobby of working jigsaw puzzles and completed over 60. On a very special day, in September, 2013, he went to Washington, D.C. on the Greater Lafayette Honor Flight with his son, Greg, as his guardian.
He was first married to Lenora G. Smith. In December, 2001, he married Helen R. Hunt. Surviving with his wife are his children: Gregory C. Smith of West Lafayette, Janet Waidelich (Mike) of San Diego, CA, Susan Reinke (Dean) of Winter Park, FL, and Katherine Smith of Greenacres, FL. His grandchildren: Kristen White (Mike), Stephanie Mason (Justin), Lauren Coleman (Phil), Brad Waidelich (Elissa), Laura Cooper (Stephen), Emily Blake (Ryan), Nick Smith, Dean Reinke, Jr., Tracy Reinke, and Corey Reinke. Great grandchildren: Joel Cooper, Rachel White, Allison White and Maria Mason. Helen’s children: Elizabeth Schwartz (Chuck), Lynne Lattimer (Patrick), and Michael Hunt, Jr. (Mary Ruth), and grandchildren: Michael and Molly Lattimer, and Rebecca, Caroline and Thomas Hunt. His nieces and nephews and their families were also very special to him. He was predeceased by his parents and brothers, Robert W. Smith and George R. Smith.
Don’s care at University Place was the very best. The love and care shown to him by all the personnel who worked with him was such a comfort to all of his family.
Visitation and the memorial service will be at First Christian Church, 325 N. 6th Street, Lafayette, Indiana, 47901 on Saturday, November 12. Visitation will be from 11 am to 1 pm with the memorial service at 1pm. Rev. Greg Eberhard and Rev. Nancy Eberhard will be officiating. Entombment will be at Tippecanoe Memory Gardens.
In lieu of flowers, memorial contributions may be made to: First Christian Church, 325 N. 6th Street, Lafayette, IN 47901, Greater Lafayette Honor Flight, PO Box 275, Lafayette, IN 47902-0275, or Lafayette Kiwanis Foundation, Inc., C/O K. Ness, 1315 Salisbury Street, West Lafayette, IN 47906.