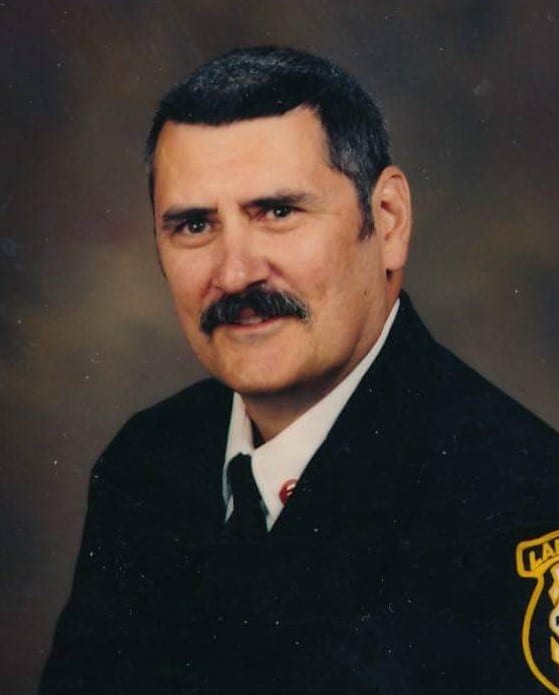 He was born November 28, 1950 in Lafayette to the late James Paul and Norma Jean (Odle) Thelen Gurley.  He attended Central Catholic High School before transferring to Lafayette Jefferson High School, graduating in 1971. Donald married Jane Leuck on October 15, 1986 in Lafayette, she survives.

Don worked for the railroad and Zinn Kitchens before becoming a Lafayette Firefighter, attached to Station #3. Don retired from the Lafayette Fire Department after 36 years of faithful service.  He liked to spend time at and was on the original board of directors of the Old Station #3 Museum, also known as the Historic Five Points Fire Station. He also enjoyed shooting, hiking, and camping. He was involved with the Boy Scouts of America and was an Assistant Scout Master. He was a member of the Lafayette Professional Firefighters Union, Local #472 and the National Rifle Association.  Above all, Don cherished the time spent with his wife, children, brother, and his dog, Bree.

Along with his wife, Jane, Don is survived by his 3 daughters, Whitney (Eric Amstutz) Thelen, Nita Thelen, and Kacie Thelen, all of Lafayette; his son, Doyle Thelen of Louisville, KY; and his brother, David (Tina) Thelen of West Lafayette.

He was preceded in death by his parents, James P. Thelen and Norma J. Gurley; sister, Janice Corbin; and step-father, Richard Gurley.

Memorial contributions in Don’s name may be given to St. Ann’s Catholic Church, 612 Wabash Avenue, Lafayette, IN 47905 or to the Historic Five Points Fire Station, 1511 Main Street, Lafayette, IN 47901. Envelopes will be available at the funeral home.