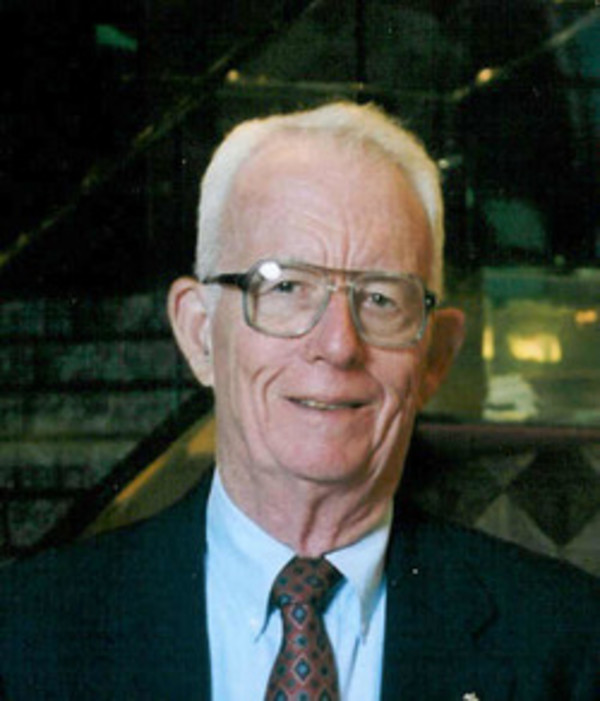 Donald A. Bloodgood was born in Milwaukee, Wisconsin on November 3, 1928, to the late Don E. and Margaret V. Bloodgood. His family moved to West Lafayette in 1943 from Indianapolis. He graduated from West Lafayette High School in 1946 and enrolled at Purdue University that same year, becoming a member of the Sigma Alpha Epsilon Fraternity. Don was commissioned a Second Lieutenant in the Army through the Purdue ROTC program in 1950. He graduated with the “Great Class of 1951” with a degree in Mechanical Engineering and served as the 1951 Class President for over 60 years. He served the United States Army in active duty during the Korean War, and later in the reserves, retiring with the rank of Colonel after nearly 30 years of service. He was inducted into the Purdue ROTC Hall of Fame in 1996. He was humbled by his recent participation with the Honor Flight for WW II/Korean veterans in May of this year. Don married his wife, Jo Ann Rose Bloodgood on August 7, 1954. Together they were Charter members of Covenant Presbyterian Church. Don was ordained both as a Deacon and Elder, serving as Clerk of the Session. He worked for Ross Gear and Tool Company (later TRW), from 1953 to 1994, retiring as Director of Manufacturing Services. Besides his family, one of his great passions was involvement with the Boy Scouts of America for over 70 years of his life. He earned the Eagle Scout rank in 1943, and was awarded the Silver Beaver in 1966. He had been a member of the Sagamore Council BSA Executive Board since 1981. Don lived his life by the Boy Scout law, being: trustworthy, loyal, helpful, friendly, courteous, kind, obedient, cheerful, thrifty, brave, clean and reverent. Don was a life member of the Reserve Officers Association, serving as the local Chapter President and the Department of Indiana President, as well as the ROTC Chairman and Department Secretary. He also was past President of the Lafayette Chapter of Military Officers Association of America, and was a member of the Indiana Committee for the Employer Support of the Guard and Reserve since 1985, serving as the State Ombudsman from 1996-2006. Don enjoyed spending time with his family, and being outside gardening, travelling, fishing and camping. He enjoyed his friends in the Lafayette Kiwanis Club, and he was active with the local chapter of the Sons of the American Revolution, where he was a proud descendent of six Patriots. He is survived by his wife, Jo Ann and three grown children: David A. Bloodgood (wife Sheila) Rancho Palos Verdes, CA; Daniel W. Bloodgood, Frankfort, IN; and Elizabeth A. Bloodgood, Cataula, GA. He is survived by a brother, Thomas W. Bloodgood (wife Carole Ann) of Greenfield, IN, and a sister Natalie A. Bloodgood of Fort Wayne, IN. He was blessed with three grandchildren, Hilary R. Kotula (husband Alex), Ryan J. Bloodgood, and Patrick T. Bloodgood, and a new great-grandson, Samuel Lenox Kotula. Those wishing to honor Don's memory may do so by sending Memorial contributions to the Sagamore Council BSA, c/o Don Bloodgood, Memorial Tribute Fund, Sagamore Council BSA, PO Box #865, Kokomo, IN 46901. Visitation will be 6:00-8:00 PM Tuesday June 24, 2014 at the Soller-Baker West Lafayette Chapel, 1184 sagamore Pkwy W., West Lafayette, IN 47906. A memorial service for Don will be at Covenant Presbyterian Church in West Lafayette at 2:00 PM with a visitation one hour prior to the service.