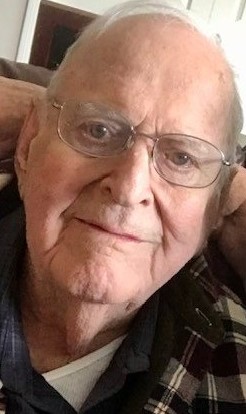 Don E. Wilson, 84, passed away on Friday, July 16 at IU Arnett Hospital in Lafayette.  Don was born on October 20, 1936, in Lexington, IL to the late Fred and Florence (Ralston) Wilson.  Don was a 1954 graduate of Lexington High School. He spent one year at Illinois State University where he married the love of his life, Joan Marie Ross. They were married on August 20, 1955, and she preceded him in death on March 27, 1992.  Don finished his undergraduate degree from the University of Illinois Champaign. He went on to receive his master’s degree in Ag Econ from Purdue University.

After completing his education, Don joined the Air National Guard as an aircraft mechanic.  He was stationed in Europe which provided him the opportunity to visit multiple countries.  After the national guard he continued his love of travel.  His all-time favorite place to visit was Rocky Mountain National Park.  He loved these mountains!

Don started his banking career at Production Credit in Fowler.  Shortly thereafter he began working at the Kentland Bank where he stayed for 30 years until his retirement in 1998.  He cared deeply about his community and left his mark in many unassuming ways.

Don had a passion for woodworking and spent many hours in his workshop either working on his next masterpiece or just puttering around organizing all of his tools.  He also enjoyed fishing, camping and gardening.  His tomatoes were coveted by family members and friends alike.

Don is preceded in death by his sisters, Alice Stephey and Juanita Hulvey and his brother, Glen.

Those wishing may contribute in Don’s name to the Rotary Club of Kentland at 501 N Fourth St. Kentland, IN 47951.

Visitation will be from 12 noon, (EDT), until the time of the service at 2:00 pm, (EDT), on Friday, July 23, 2021, at Soller-Baker West Lafayette Chapel, 1184 Sagamore Parkway W. West Lafayette, IN 47906 with Pastor Lucia Oerter officiating. A private family burial will be at Fairlawn Cemetery in Kentland.