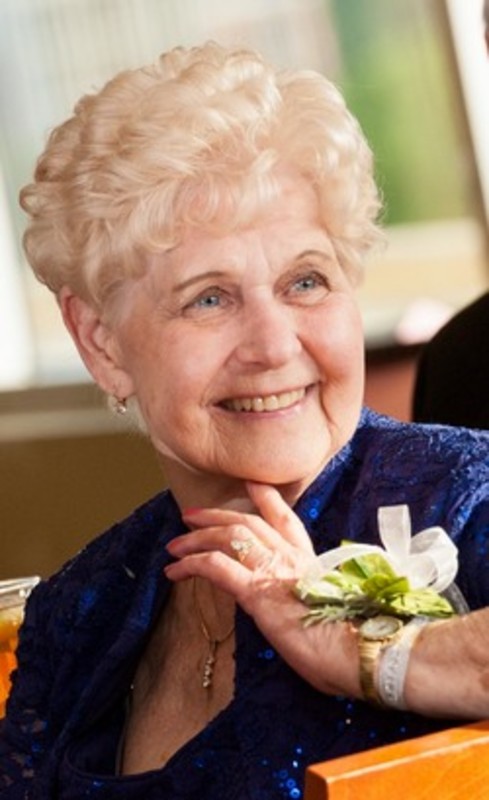 Dolores Findlay, age 79, passed away on February 11, 2017, after a six-month battle of pancreatic cancer.  Born Minnie Dolores Thomas on November 23, 1937, Dolores was born and raised in Wynne, Arkansas to Clyde and Minnie Thomas (both deceased).  She was the youngest of six, and all but one have preceded her in death.  The remaining sister (Freida Thomas Wood) lives in Magnolia, Arkansas.  Born a bona fide Southern Baptist Belle, even as a young girl, people were always drawn to Dolores because of her welcoming and engaging personality.  Growing up on a farm, Dolores was no stranger to hard work.  Summers and time outside of school were spent chopping cotton, working in the family garden and tending to livestock.  Indoor plumbing was a luxury that didn't come until Dolores was a teenager.  When she got to high school, Dolores played clarinet and was later elected drum majorette for the school's marching band.  In those days, after school and chores were done, Dolores and her friends would scrounge up fifty cents for a tank of gas, borrow a friend's parents' car (Dolores's family never owned a car) and ride around for hours touring all the local teenage hangouts within Wynne and the surrounding small towns.

Upon graduation, Dolores went to work at the local shoe factory on the assembly line.  Soon after, she obtained a job as a switchboard operator for the telephone company.  This skill served Dolores well when she made the decision to follow her then husband to Lafayette, Indiana.  The relocation provided a chance to move beyond what life in rural mid-1960s Arkansas had to offer her, or her three young daughters.  Nearly immediately after her arrival in Lafayette, Dolores landed a job at Lafayette Home Hospital as their telephone switchboard operator.  Dolores moved on to work in the hospital's admissions office, where she worked for 9 years.

On August 5, 1973, Dolores married Robert (Bob) Earl Findlay, age 85, who survives.  Bob, president and owner of Findlay Drilling, Inc., also had children from a previous marriage, four boys.  Bob was instantly drawn to Dolores's strength and determination, and has described her as a force of nature.  She had an irrational fear of wasps but could kill a rattlesnake without hesitation—qualities that Bob found endearing.  Dolores would say their 43-year marriage had been so much more than she had ever imagined and that she was thankful for their life together.  Bob also adopted Dolores's daughters making the family of four boys and three girls a real-life Brady Bunch.  She absolutely loved entertaining, and no event was ever too big or too small. A personal favorite was the yearly Findlay Labor Day party. A few years into the marriage, Bob and Dolores became members of the Lafayette Indiana Historic Auto Club (LIHAC).  Bob and Dolores soon began tooling around, both in- and out-of-state, in their historic autos participating in parades and car shows, with a great group of like-minded couples.  Over the years, Dolores loved all of her dear friends from LIHAC, and she often shared the many adventures and trials that accompanied them while travelling via antique auto.  Summer weekends were spent boating on Lake Freeman, where Dolores always provided an impressive picnic of homemade fried chicken, potato salad, baked beans, and more for family and friends. Other popular family favorites included her lasagna, German chocolate cake, and chocolate gravy and biscuits—all made from scratch.

Dolores was locally famous among friends, family and others for her holiday decorating and her eye for design and décor.  Visitors to her home often commented how Dolores could easily sell her decorating handiwork.  Dolores's mother, Minnie, was a professional seamstress, and Dolores became a skilled seamstress in her own right and even tackled a few of her own upholstery jobs.  She also was very popularly known for her cooking.  Raised a true Southerner, Dolores was well-versed in the Southern arts of cooking with grease, making sweet tea, and serving enough food to feed an army.  There were never any strangers at her table on a holiday as all were welcome.

In 1974, Dolores decided to leave Home Hospital and focus on being a homemaker.  She eventually started volunteering at the hospital and later at Wabash Valley Mental Hospital.  Having years of hospital experience, she was tasked to assist with filing in the medical records area.  She was soon offered a part-time position which then became full-time, and eventually resulted in her transferring to the Wabash Valley Mental Health downtown out-patient office where she became office manager of the professional support staff.  After 35 years of service, Dolores retired from Wabash Valley and resumed the role of homemaker.

Despite having moved to Indiana, Dolores made sure that she, Bob, and the girls all made frequent trips every year back to Arkansas to visit the very large extended family still residing there.  Additionally, she and Bob enjoyed their own travels and her favorites were Hawaii, Costa Rica, Puerto Rico, and especially Fort Meyers, Florida with their LIHAC friends.

Dolores was not afraid to take a stand, to be the sole dissenter, or to speak her mind.  These traits earned her the very affectionate nickname of “Big D” among her children and grandchildren.  Dolores's favorite movies were Gone With the Wind, The Wizard of Oz, and The Godfather.  She was a huge Snoopy fan and had quite a collection of Snoopy memorabilia.  She always made sure her daughters' friends felt welcome and her house was always the place where they congregated.  Despite having lived in Indiana for far longer than she lived in Arkansas, Dolores still talked with a very distinctive Southern accent that was both very charming and endearing.  She was a lady in the truest sense of the word down to the standing weekly hair appointment that she had gone to for over 50 years.  Dolores had missed very few of those appointments over the years, including opting to keep her hair appointment in lieu of going to the Emergency Room following a fall that broke her wrist (the wrist was cast following a successful hair appointment).  Dolores loved food, loved to eat, and loved to socialize—all things that in the end, became a tremendous loss to her.  The family would like to thank all those who provided loving care to Dolores during her final days on Earth.  She is survived by her husband, Bob and children: