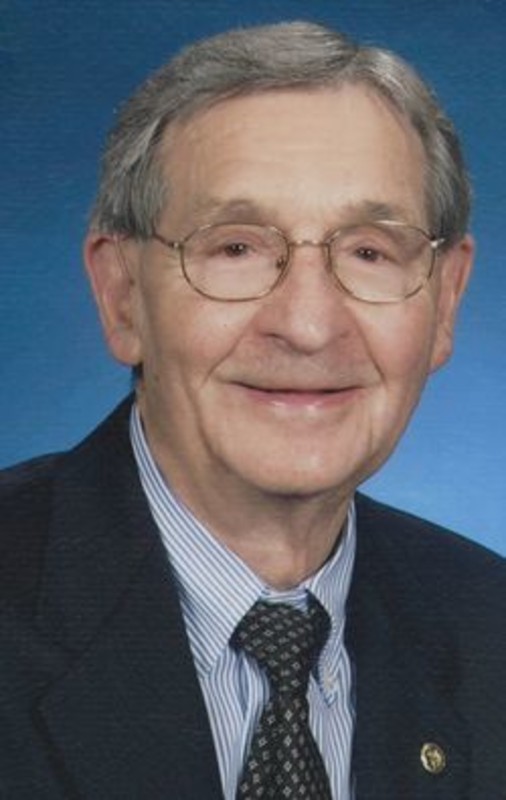 Delmar E. Lohmeyer, 91, of Linden, MI, formerly of Lafayette, passed away at 8:01 am Wednesday, September 16, 2015 at Cartel Inns of Linden. He was born January 2, 1924, in Ambia, to the late Meirl and Vivian Stuffelbeam Lohmeyer. After graduating from Williamsport High School, Delmar served in the United States Navy from June 30, 1943 to March 2, 1946. Delmar worked at TRW for forty years before retiring. On December 15, 1945 he married Gladys Phillips in Rossville, IL. She survives. Delmar was a member of Tippecanoe Masonic Lodge # 492, American Legion Post # 11, and enjoyed gardening and traveling. Surviving along with his wife are two daughters, Betsy Haase (Kenneth) of Fenton, MI and Susan Lohmeyer of San Antonio, TX, a brother, Dwight Lohmeyer (Ruth) of Lafayette, along with five grandchildren, Windsor and Del Smyser, Kayla, Leah and Brianna Haase and a great grandchild, Aurora Del Smyser . Delmar was preceded in death by two sisters, Virginia Cartwright and Twylamae Shoaf and two brothers Donald and Everett Lohmeyer. Visitation will be from 1:00 until 3:00 pm on Sunday, September 20, 2015 at Soller-Baker Lafayette Chapel. Funeral services will take place at 10:00 am on Monday, September 21, 2015 at Soller-Baker Lafayette Chapel, 400 Twyckenham Blvd, Lafayette, IN 47909 with Rev. Bruce Mowery officiating. Entombment will follow at Tippecanoe Memory Gardens.