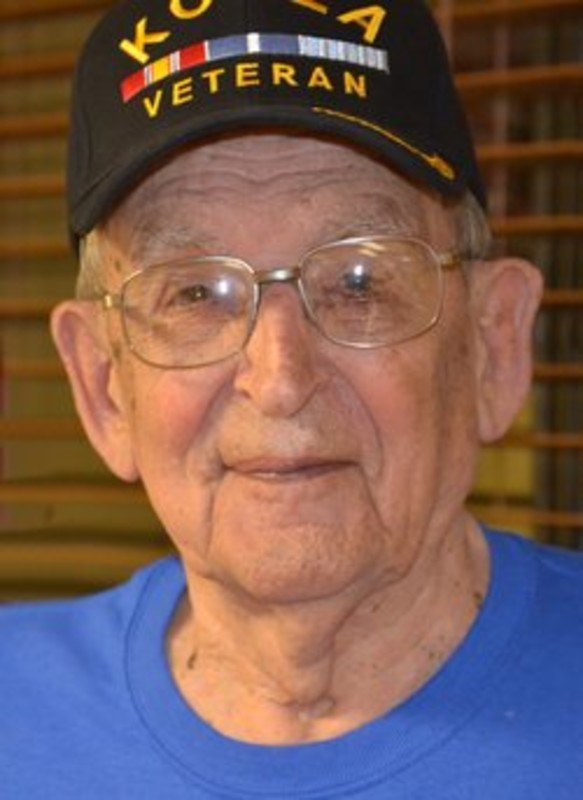 Norman “Dean” Schrumpf, 88, of West Lafayette, died in hospice care in the presence of family on April 13, 2016.
Born November 19, 1927 in Greenville, Illinois, Dean was the elder of two children of George and Neva (Wells) Schrumpf. He is survived by his loving wife of nearly 64 years, “Ruth”; as well as his sister Georgia (Arlie) Gilbert of Roanoke, Virginia; his children Connie (Richard) Kelly of Richmond, Virginia; Jeanne Schrumpf (Steve Smith) of Robbinston, Maine, and Rob (Lea) Schrumpf of West Lafayette; his grandchildren, Angie (Glenn) Bauguss of Houston, Texas, Jennifer Kelly of Richmond, Virginia, Lydia (Eric) Frasher of Louisville, Kentucky; Levi, Emma, and Justin Schrumpf of West Lafayette; and his great-grandchildren, Bailey and Bella Bauguss, and Benjamin and Ellie Evers.
Dean was a Veteran of the US Army and served in the Korean Conflict. It was during his time stationed overseas that he became acquainted through pen pal correspondence with Ruth Stockton of D’Iberville, Mississippi— the woman who would later become his wife and life-long best friend. The two were married in Jackson, Mississippi on June 28, 1952. Dean earned multiple degrees in education and administration from Greenville College and Eastern Illinois University, with additional graduate work at Northeastern State University in Oklahoma. Dean began as a school teacher and a principal in Springfield, Illinois and then served as a math teacher and a camp manager in West Lebanon, Indiana. In 1973 he and Ruth moved to Kansas, Oklahoma where they served for 37 years as educators, house parents, and grandparents to at-risk children at Cookson Hills Christian Children’s Home and School. In their latter years, the couple “retired” to promotional roles for the children’s home, visiting friends and churches across the country to raise support for the organization. In 2009, the couple arrived in West Lafayette where they quickly became a beloved part of the Friendship House and Crossroads Christian Church communities.
Dean’s first love was Jesus, and out of God’s love, he loved his family and others with joy and grace. Dean is best known for his devotion to the St. Louis Cardinals, his musical talent, his passion for reading and leading Bible studies, his uncanny knack for locating the cheapest gas prices on any given route, and his love of a good cheese. And bacon. And pie.
Visitation is at Crossroads Christian Church on Saturday from 2:00-4:00 with a memorial service immediately following.
Memorial donations may be sent to Cookson Hills (www.cooksonhills.org), Purdue Christian Campus House (www.pcch.org), or Crossroads Christian Church (www.crossroadschristianchurch.net).