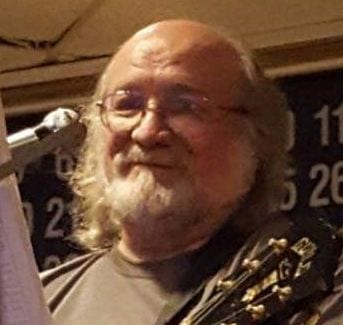 He was born December 28, 1952, in Lafayette, to the late Edward P. and Ethel L. Carlisle Burnett.

David graduated from Wainwright H/S. David worked at Fairfield Mfg. for over 40 years in the assembly deptarment.

He was a member of UAW Local 2317, Fraternal Order of Eagles Aerie 347, and Frankfort VFW 1110; where he recently received a Honorary Commanders Medal.

David enjoyed playing and preforming with his band “South”. He also had a strong passion for riding his Harley. He was a collector of many things but most importantly Coca-Cola memorabilia. Anybody who knew David knew that he was a selfless and caring man who would give you the shirt off his back.

David was preceded in death by his brothers Larry and Paul Burnett.

Service will be at 10:00 am on Saturday, October 24, 2020 at Soller- Baker Funeral Home  400 Twyckenham Blvd. Lafayette. Interment will be at Tippecanoe Memory Gardens West Lafayette, IN.

Memorial contributions may be made to: Fraternal Order of Eagles Aerie 347, and Frankfort VFW 1110 .