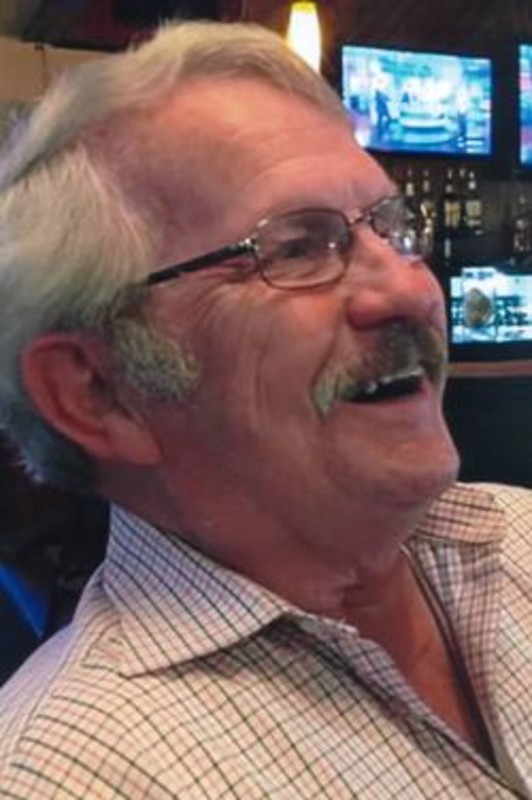 Daniel J. “Dan” Altepeter of Lafayette, Indiana, passed away on April 11, 2016. Born on September 8, 1940 to Richard and Elizabeth (Libby) Altepeter, Dan was a 1960 graduate of Central Catholic High School. After graduation, Dan joined the United States Marine Corps where he served as a jet engine mechanic and assistant flight line chief from 1960 to 1964, attaining the rank of Corporal. Although stationed at Cherry Point, North Carolina throughout his enlistment, Dan also served in Guantanamo Bay; Puerto Rico; Rota, Spain; and Panama. His honors include Good Conduct Medal, Marine Corps Expeditionary Service Medal, Armed Forces Expeditionary Medal, Sharpshooter Rifle Badge, and Expert Pistol Badge.
After receiving an Honorable Discharge from the Marine Corps, Dan worked as a technical rep for Eutectic Welding Alloy Corp from 1964 to 1967; sales rep for Industrial Plating Co., Inc. from 1968 to 1977; sales associate for Century 21 Progressive Realty from 1977 to 1983, achieving Million Dollar Seller from 1977 to 1983 and Top listing agent in 1978, 1980, and 1981; and as a sales rep for Aggregate Rentals from 1983 to 2001. In 2001, Dan and a group of former Aggregate employees joined together to found One Source.
Dan was actively involved in Soap Box Derby in the late1960’s and early 1970’s until the program was discontinued in Lafayette. In the early 1990’s, Dan and some others, along with the Sertoma Organization reintroduced Soap Box Derby in Lafayette. Dan was actively involved in all aspects of Soap Box Derby until his passing.  In 1999, Dan began participating in “farm day” at Wea Ridge Elementary School by taking some of his farm animals to the school and introducing them to the students thus becoming known as “Farmer Dan.” Within a few short years, young children from schools and daycares all over the Lafayette area began coming to the farm on a yearly basis to learn about the animals.
Dan is survived by his wife Carrie Gail (Norwood) Altepeter, his children Anastasia (Glenn) Hahn, Christopher Altepeter, Samantha (Kyle) Rainey, Cari Wynn (Tim) Bonty, Ryan Norwood and Stephen Norwood, brothers Tom Altepeter, Frank (Lynn) Altepeter, Jim (Pat) Altepeter and David (Linda) Altepeter,  ten grandchildren, and four great-grandchildren.
Memorial donations be made to either Greater Lafayette Soap Box Derby or Community Cancer Network. Visitation will be from 5:00 pm to 8:00 pm Friday at Soller-Baker Lafayette Chapel, 400 Twyckenham Blvd. Visitation will be from 10:30 until the time of the memorial service at 11:00 am on Saturday at Stidham United Methodist Chruch, Rev. David Inskeep officiating.