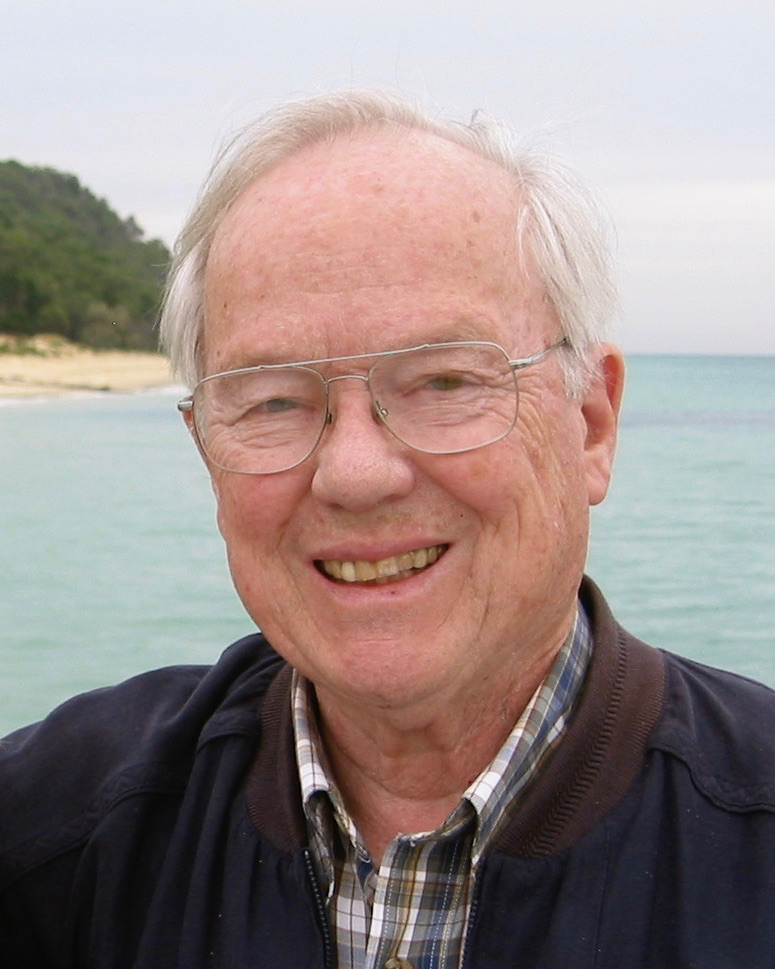 Dale Margerum died quietly on August 14, 2019. Dale and his twin brother Dave were born nine days before the stock market crash of 1929 and grew up in the shadow of The Great Depression. The family was fortunate, though, as their father, Donald C. Margerum, had steady work as a pharmaceutical chemist throughout that economic downturn. Their mother, Ida Lee (Nunley) Margerum, had given birth to her first son, also named Donald Margerum, three years earlier and the family lived in the town of Ferguson, Missouri, outside of St. Louis.
Dale and his brothers enjoyed camping, tennis, science and math, and would all go on to pursue scientific careers. Dale earned his bachelor’s degree in chemistry at Southeast Missouri State University and his doctorate from Iowa State University. He liked to tell the story of the summer he spent working at Yellowstone National Park and how he was picked up for hitchhiking on his way back home. He assured the police that he was only a chemistry student and at the police station he was told to open his suitcase. Two chemistry textbooks fell out, confirming his story, and the police took him to the edge of town and let him go with a warning.
Purdue University hired Dale into its Chemistry Department in 1954, one year before he completed his doctorate, and one year after he wed Sonya Lora (Pedersen) Margerum. They met while working together at the Ames Laboratory and joked that they met over a Bunsen Burner. Sonya would later become a six term Mayor of West Lafayette. Their honeymoon was spent at a lakeside cabin where they enjoyed fishing and canoeing, activities that both of them would later share with their three sons, Larry, Eric and Rich. An annual tradition of the Dale Margerum research team was a canoe trip down Sugar Creek, an adventure that many young chemistry students had never tried but would share stories about for years to come.
At an international chemistry conference in the early 1960’s, Dale critiqued a presentation by German Chemist Manfred Eigen that resulted in a lifelong friendship and two sabbaticals working with Dr. Eigen at the Max Planck Institute in Göttingen. Eigen was awarded the Nobel Prize in Chemistry in 1967. The two sabbaticals included the immediate family and all of them learned to speak German with the three boys choosing it as their second language in high school and college. The second sabbatical included a ski trip to the Austrian Alps where the family learned to ski, a recreation they all enjoyed for decades afterwards.
During his years at Purdue University, Dale received awards and recognitions by the American Chemical Society, the National Science Foundation, the Sagamore of the Wabash and several more. He was named the Harvey Washington Wiley Distinguished Professor of Chemistry at Purdue and published 260 research papers. Under Dale’s tutelage 91 students earned doctorates, 22 earned their master’s degrees, and he led research work with 12 visiting associates, 32 postdocs, and 46 undergraduates. His career at Purdue spanned 54 years before he retired as a Distinguished Professor of Chemistry in 2008.
Dale served on the Board of the Lafayette Symphony, and was an active participant in the Taste of Tippecanoe, Global Fest, and fundraising for United Way.
Dale is survived by his wife Sonya Lora Margerum, and sons Lawrence Donald Margerum (Suzanne), Eric William Margerum (Debra), and Richard Dale Margerum (Sonya); his brothers John David Margerum (Virginia), and Donald L. Margerum (Barbara); his sister-in-law Karen Pedersen; niece Caroline (Pedersen) Shearer; and grandchildren Derick Margerum, Valerie Margerum, Lora Margerum, Aidan Margerum, and Corey Margerum.
Dale and Sonya Margerum have set up scholarships in their names at Southeast Missouri State University, Iowa State University, St. Olaf College, and Purdue University and they encourage donations to those funds to supplement the cost of higher education as they have done for their own children and grandchildren. Local friends and colleagues are also encouraged to donate to the Community Foundation of Greater Lafayette in Dale’s name.
A funeral service will be held at 11:00 AM on Saturday, August 24th, at Our Savior Lutheran Church with visitation starting at 10:00 AM. On Sunday, August 25th, a Celebration of Life will be held at University Place at 2:00 PM.