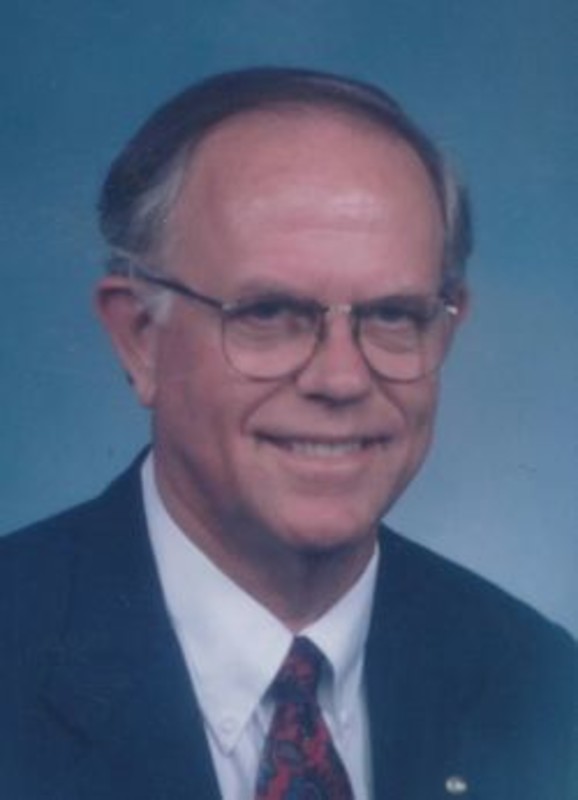 Dale R. McHenry, 84, of Lafayette, passed away on Thursday, April 14, 2016 at St. Elizabeth East Hospital.
He was born March 7, 1932, in Kansas, IL, to the late Everett and Fern (Estes) McHenry.
Dale served in the United States Army from July 1952 to June 1954 and went on to receive his BS in Business Education from Eastern Illinois University. Through his late teacher and mentor, Russell Ogden (wife Marianne Johnson), he met the love of his life, Judith Johnson. They married in Collinsville, IL on August 27, 1955 and she survives.
Dale joined Purdue University in 1957 and served as the Director of the Purdue Memorial Union from 1975 until his retirement in 1995. He served on numerous Purdue committees over the course of his career and was proud to be a Varsity Glee Club honorary Purdusire.
He was a member of Lafayette Rotary Club and Foundation, and an honorary member of both the Purdue Student Union Board Alumni Association and the Association of College Unions International. He served on the Greater Lafayette Chamber of Commerce, the Greater Lafayette Convention and Visitors Commission and Bureau Board, and was designated “Sagamore of the Wabash” in 1995 by Governor Evan Bayh.
Surviving along with his wife are three daughters, Karen Burgess (husband Daryl) of Cary, NC, Michele McHenry of Adair Village, OR, and Jill Derise (husband William) of Houston, TX, as well as a brother, George “Dick” McHenry of Bloomington, IL. Also surviving are three grandchildren, Matthew (wife Elizabeth) and Kevin (wife Kim) Burgess and Jackson Derise as well as two step-grandchildren, Boyer Derise (wife Katie) and Charli Derouen (husband Jeffrey).
Dale was preceded in death by thirteen brothers and sisters.
Visitation will be from 1:00 pm until the time of the service at 2:00 pm on Monday, April 18, 2016 at Soller-Baker Lafayette Chapel with Rev. Kevin Bowers officiating.
Burial will be at Fairview Cemetery in Kansas, IL, on Tuesday, April 19th at 12:00 pm CDT.
Those wishing may contribute to the Dale R. McHenry Purdue Student Union Board (PSUB) Alumni Scholarship Endowment (code 004005) through the Purdue Foundation or purdue.edu.