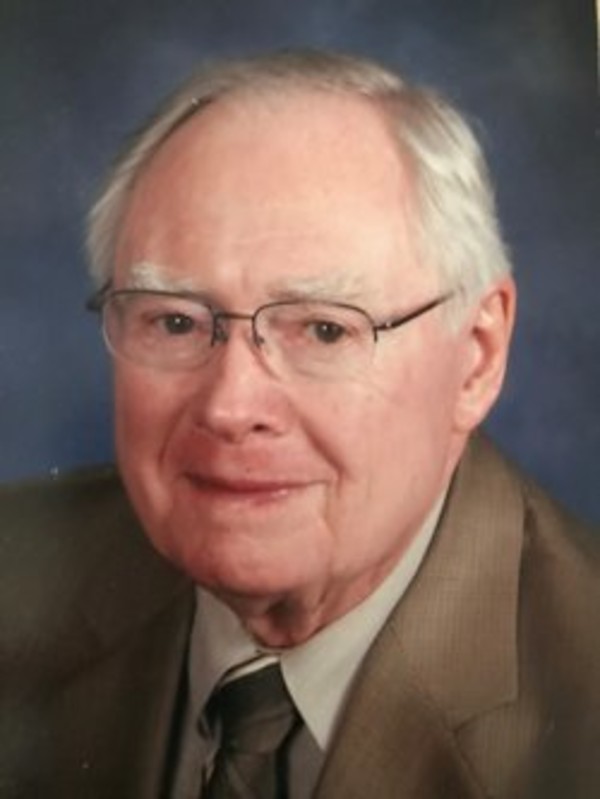 Dale E. Bough, 87, died at Westminster Care Facility in West Lafayette on February 24 at 9:05 p.m., surrounded by his family.  Dale was a resident of Westminster Village.   He was born October 4, 1930 on the farm of his maternal Grandparents, Wilbur and Bertha Stalcup in Greene County, IN.  His parents, now deceased, were Audley H. Bough and Anna Ruth Stalcup Bough.

He was a graduate of Southport High School, near Indianapolis, IN and Purdue University (BS in ME in 1952).  He was married to Etta Maxine Holzbog, June 8, 1952 in Indianapolis, IN.  He served in the U.S. Navy from 1952 through 1955, mostly on the USS Ernest G. Small, a Sumner class Destroyer, as a gunnery officer.  Dale worked at Ross Gear and Tool Company / Thompson Ramo Wooldridge / TRW, now known as ZF in Lafayette, IN, retiring as V.P. Sales and Marketing in 1993.

His hobby was collecting antique tools and he had a large collection that he kept in his work shop. He also enjoyed golfing, reading, Purdue sports and just working in his shop. He especially enjoyed spending time with his family.

He is survived by his wife Maxine, daughter Jenifer of Boulder, CO; son Paul, wife Emma and stepdaughter Sabine, of Orlando, FL; granddaughters Stephanie, of Clearwater FL, and Claire of Nashville, TN; son Neil, wife Geri and granddaughters Carli and Kelsey all of Elkhart, IN; brother, Gary, of Cicero, IN; and several nieces, nephews, and cousins.

Visitation will be from 12:00 p.m. until the time of the service at 2:00 p.m. on Wednesday, February 28, 2018 at Soller-Baker West Lafayette Chapel. 1184 Sagamore Parkway West.  Pastor John Williams of Federated Church will be officiating.

Interment will follow at Tippecanoe Memory Gardens in West Lafayette, IN.  Memorial contributions may be directed to Lafayette Urban Ministry or to Food Finders Food Bank, Inc.