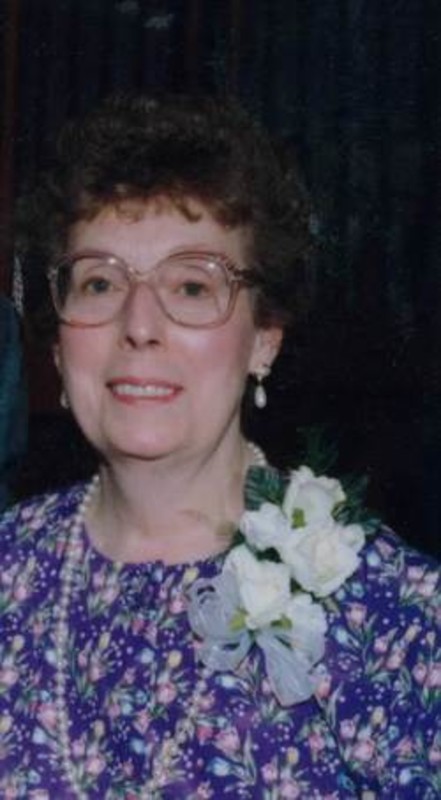 Daisy Marie Downing, 90, of West Lafayette, passed away Saturday, February 22, 2014, at the Indiana Veterans Home. She was born August 30, 1923, in Colfax to the late Floyd and Ruby Conklin Camp. Daisy had lived in Linden, Lafayette and then Battle Ground for over 50 years. She graduated from Lafayette Jefferson High School in 1941 and on September 9, 1942 she married Lester W. Downing in Lafayette and he preceded her in death on January 9, 1998. Daisy worked at Landis & Gyr for 23 years and retired in 1989. She was a member of Battle Ground United Methodist Church and a 50 year member of the Order of Eastern Star. Daisy enjoyed playing cards, bingo, bowling, watching all sports, especially basketball, baseball and horse racing. Surviving are her children Larry W. Downing (Sondra)of Elkhart, Marjorie A. Sherfick (Bill) of Lafayette, grandchildren Tonja S. Lucchese (Frank), Tony Downing (Michele), Maryanne Richards (Steve) and great grandchildren Ashley Lucchese, Grant Lucchese, Spencer Richards and Clay Richards. Daisy was preceded in death by a brother Jack Camp and a sister Marjorie Camp. Visitation will be 2 hours prior to a 2:00 PM service Wednesday at Soller-Baker Lafayette Chapel, 400 Twyckenham Blvd. Burial will be at Battle Ground Cemetery. Those wishing may contribute to the American Heart Association in Daisy's memory.