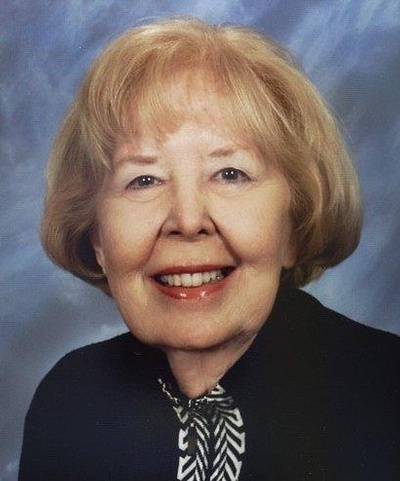 Corky was born June 14, 1927 in Connersville to the late Lewis and Faith (Otten) Clark.

Corky was the Owner and President of Clark Floral Company. She was involved in various community activities including serving on the Purdue University Athletic Affairs Committee for 15 years, member of Rotary International, teacher of Challengers Adult Sunday School Class at Trinity United Methodist Church for 20 years, member of Trinity United Methodist Church Choir, member of Pi Beta Phi at Purdue and an active alumnus.

She was an avid fan of all sports, particularly women’s college basketball – and attended the 1999 Women’s Final Four where Purdue won the NCAA Championship.

A native of Connersville, she graduated from Purdue University in 1949. She worked at Northern Trust Bank in Chicago before returning to Lafayette to run the family business.

Friends may call from 9:00 am until the time of the service at 10:00 am Saturday, April 27, 2019 at Trinity United Methodist Church at 404 N. 6th St Lafayette, IN 47901 with Pastor Linda Dolby officiating. Burial will follow at Grandview Cemetery in West Lafayette.

Those wishing may contribute in Corky’s name to Trinity United Methodist Church.