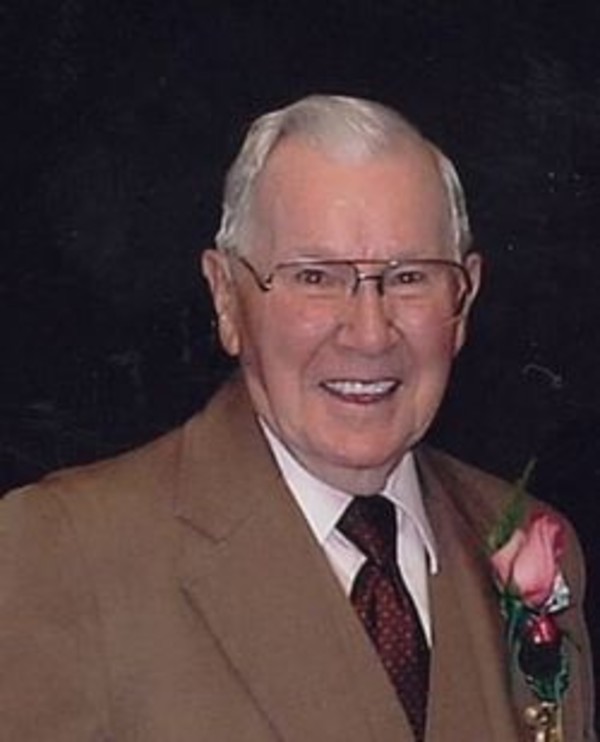 Cleo Elivian Ewing, 94, of West Lafayette, IN, passed away on February 8, 2016, at IU Health Arnett Hospital in Lafayette, IN.

He was born on June 27, 1921, the forth of nine children, in Battle Ground, IN, to Hollie Elivian and Della Mae (nee Croninger) Ewing, who preceded him in death. He graduated from Battle Ground High School in 1939.

He married Inez Hazel Hicks, in 1939, in Lafayette, IN. They were married for thirty years and had four children: Cleo Loretta Hawley, Clarks Hill, IN; Thomas D. (Ruth) Ewing, Mulberry, IN; David E. (Jean) Ewing, Williamsburg, NY; and, Joyce A. Wall (deceased).

Cleo married a second time, to Mary E. Garrett (nee Cross) in 1970. They had no children born of their marriage.

He was preceded in death by his parents; both wives: his siblings: John Ewing (infant), Violet Rumple, Charles Ewing, Mary Lucille Carter, and Cecil John Ewing; his daughter, Joyce Wall.

Cleo was an entrepreneur, owning his own businesses, and retired after serving as Chaplain at Indiana Soldiers Home (Indiana Veterans Home), West Lafayette, IN. He enjoyed pitching horseshoes and fishing, and was passionate about bowling. He greeted everyone with a smile, a handshake and always wore his cap.

The family will be greeting relatives and friends at the visitation, which will be from 10 AM to 11:30 AM., with a memorial service to follow, at 11:30 AM on Friday, at Soller-Baker West Lafayette Chapel, 1184 Sagamore Parkway West. Pastor David E. Ewing and Pastor John Williams officiating. Burial will follow at Rest Haven Memorial Park on Sagamore Parkway, Lafayette, IN.

In lieu of flowers, the family requests memorial donations be made to the American Heart Association and other charities of your choosing.