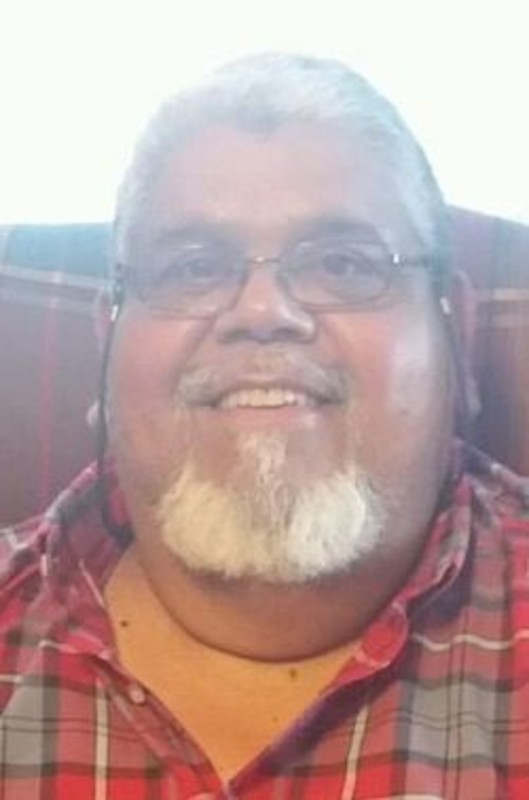 Ciprian Alanis Jr., “Apple”, 71, of Lafayette, IN passed peacefully at 11:00 p.m. at Franciscan Hospital.  Known to his family as Prieto, Apple was born in Donna, TX on April 14th, 1947 to Ciprian and Cecilia (Martinez) Alaniz.  He was the second born, oldest brother of 11.  His siblings remember him as generous and fun.  They often speak about gifts he would send and times they would spend with him.

While cruising with his friends in his father’s ’56 Station wagon, Apple met the love of his life Carmen Perez. Their courtship only lasted about a year when they decided to marry in Edinburg, TX on January 23, 1970. Apple and Carmen moved to Lafayette where Apple dedicated 30 years to welding at Construction Products, also known as Local 274. On August 8, 1983, Apple and Carmen welcomed their precious baby girl into the world.  Jennifer would spend hours with her father out in his garage while he worked on his cars.  She would often wait for the sound of his 3-wheeler when he would get off work so she could run out and take a quick ride around the block with him.  Cooking out with her dad is one of her fondest memories.

In 2006 Jennifer married Arturo Avila and they started their family together. Apple was so proud to have three grandsons that he deeply cared for.  Anytime he would leave his favorite thing was to hear the boys say “Bye granpy!!”.

Apple is most known for his exquisite work of restoring his 1948 Chevy Pickup.  Apple and Carmen would travel all over the Midwest with his car, winning trophies for best paint, best engine, best of show, and best low-rider. Although he did not belong to any specific clubs he enjoyed getting to know all of the different car guys.

Proceeding him in death are his parents and two siblings. Survivors are his wife Carmen, daughter Jennifer, son-in-law Arturo, grandsons Mateo, Andres, and Teodoro (Theo), Eight of his siblings, and an abundance of nieces and nephews.

Service Thursday June 21, 2018 at 10am Soller-Baker Lafayette Chapel.  In lieu of Flowers you may make any monetary donations to the family.