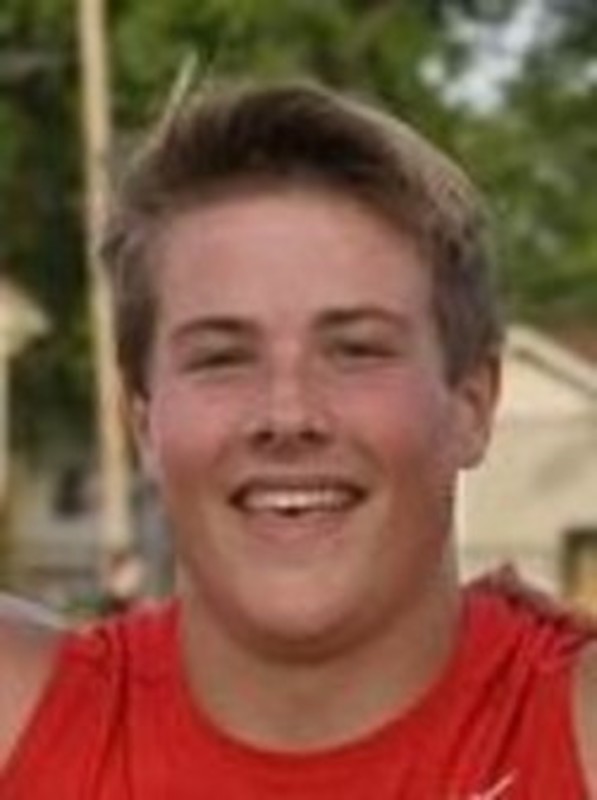 Christian Thomas Burns lived a full, successful and loving life for 17 years. Christian, of West Lafayette, IN, died on Tuesday, May 31, 2016 from injuries sustained as a passenger in an automobile accident.
He was born October 15, 1998, in Lafayette, to Eric H. and Marti (Hatchett) Burns of West Lafayette. An outstanding student and athlete, Christian looked forward to his senior year on the West Lafayette High School football team where he played running back. He was also set to compete with his teammates in the Indiana State Track Finals. He was a proud graduate of the Culver Summer Naval School in Company One where he excelled in leadership and athletics.
He was a member of St. Thomas Aquinas Center where he was Baptized, received First Reconciliation, First Communion, and Confirmation.
He will be remembered for creating random hilarity among his friends, taking those in-need under his wing, and demonstrating audacious strength and toughness. He had a gift with young children in showing both love and firmness. His family – and each of his friends here and abroad – hold the pieces that made up Christian Thomas Burns, a mosaic of a life well-lived.
Surviving along with his parents are his brothers, Alexander H. Burns of West Lafayette and Stewart M. Burns of Indianapolis; his sister, Sarah M. Burns of Chicago and his grandmothers, Mary Ann Burns of West Lafayette and Mauna M. Hatchett of Indianapolis.
Christian was preceded in death by his grandfathers, John Thomas Burns MD and Thomas Louis Hatchett.
Visitation will be from 9:00 am until the time of the Funeral Mass at 1:00 pm on Monday June 6, 2016 at St Thomas Aquinas Center with Fr. Patrick Baikauskas officiating. A reception will follow Mass starting at 2:30 pm at West Lafayette High School.
In lieu of flowers, those wishing may contribute in Christian’s name to the West Lafayette Schools Education Foundation at 1130 N. Salisbury St., West Lafayette, IN 47906 or at www.wlsef.org