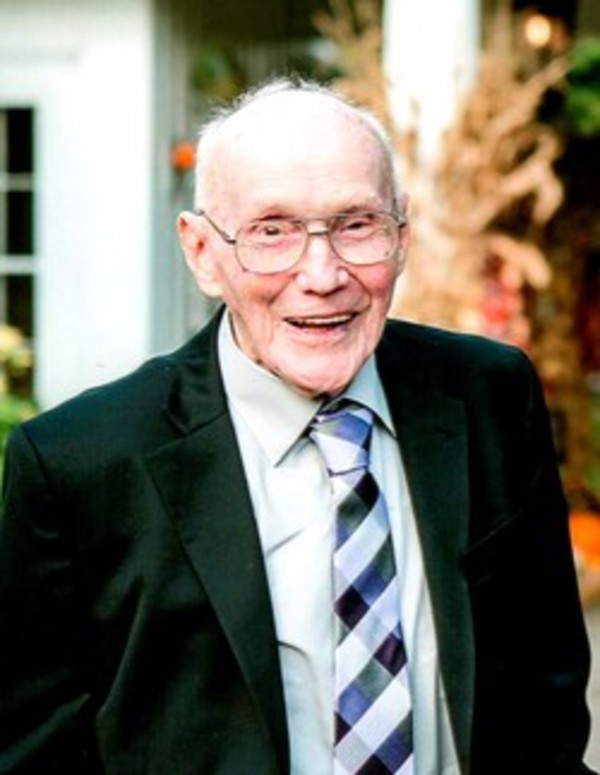 Chet graduated from Lafayette Jefferson High School 1941. He was a veteran of the Army Air Corp in World War II and the Air Force in the Korean War.

On January 20, 1946, he married Alice Graul in Mascoutah, IL.  They were married for 71 years and resided in Lafayette their entire married life.

Chet was employed at Fairfield and as a Postal clerk prior to becoming the Director of Administrative Services for Lafayette Life Insurance where he retired after 32 years; after retiement he worked as courier for Regions Bank for 25 years.

He was active in Republican politics, serving on a federal commission, was an active bowler, a member of the Fellowship Class and the Dartball team for Immanual United Church of Christ, Boy Scouts of America, Junior Achievement advisor, PTA President and an avid sports fan of Lafayette Jefferson High School and Purdue University. Chet enjoyed time spent with his 21 grandchildren and 35 great grandchildren.

Visitation will be from  5 PM to  8 PM on  Wednesday, October 25th at  Soller-Baker Funeral Home, Lafayette Chapel.

Service will be  on , Thursday, October 26th Immanuel United Church of Christ with visitation one hour prior to a 11am service. Rev. Dr. T. J. Jenney, PHD officiating.  Interment will be at Meadow View Cemetery Lafayette, IN.

In lieu of flowers the family requests memorial contributions to Immanuel United Church of Christ.