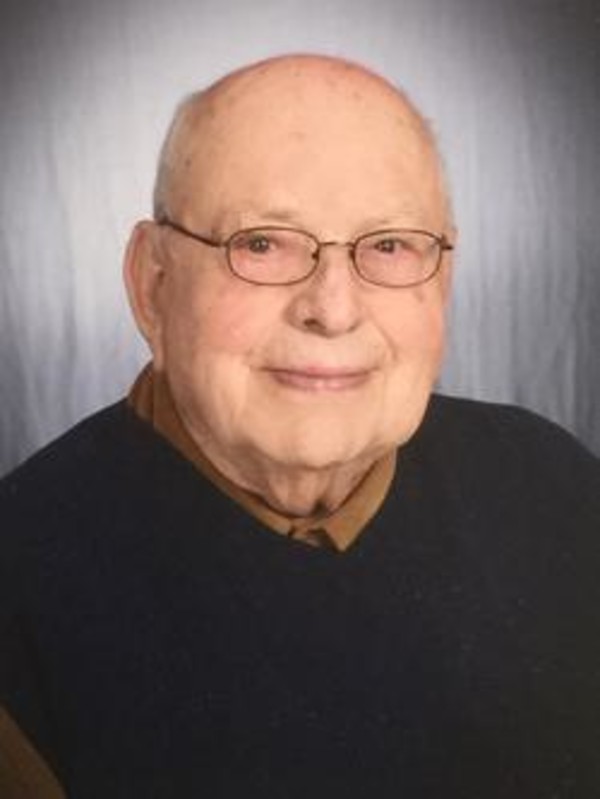 Charles Richard Lange, 90 died peacefully, Wednesday, January 21, at Westminster Village after a long struggle with congestive heart failure. He was born in Lafayette on May 8, 1924 to the late Charles Otto and Effie Huffman Lange. Chuck was a 1942 graduate of West Lafayette High School and studied engineering at Purdue University. He served in the Navy during WWII as a Radio Man 2nd class aboard the USS Sierra in the South Pacific. Chuck married Joyce Wade on March 28, 1953, and she survives. Chuck worked at Egyptian Lacquer for 39 years before retiring in 1989. He served the community in his role as a Red Coat at Home Hospital and Exalted Ruler of Elks Lodge #143. Chuck loved his family, golf, gardening, camping and woodworking as well as being an avid fan of Purdue Sports. He is survived by his wife Joyce and three children; Wade Lange (Candice) and Tom Lange (Nancy) both of Indianapolis, and Ann Poole (Tom) of Columbus, OH. Also surviving are seven grandchildren. He was preceded in death by his sister, Helen Pape. Friends will be received from 1:00 pm until the time of the memorial service at 2:00 pm on Saturday, January 24, 2015 at Federated Church, 2400 Sycamore Lane West Lafayette, IN 47906 with Pastor John Williams officiating. In lieu of flowers those wishing may contribute in Charles' name to Federated Church, www.federatedchurch.net, Greater Lafayette Honor Flight, www.greaterlafayettehonorflight.org or a charity of their choice.