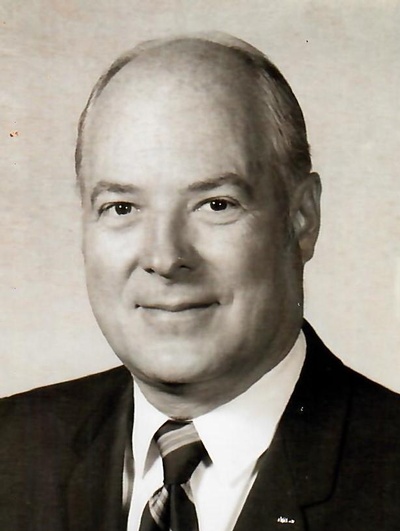 He was born in Portland, IN on November 5, 1920 to the late Dr. Charles R. and Ruth M. (Pope) Davidson. He graduated from Portland High School and was an Electrical Engineering graduate from Purdue University. He also attended graduate school at Harvard and MIT. He was a licensed pilot.

He was an electronics officer in the Navy during WWII and after 26 years, retired as a Commander in the US Navy Reserve.

Before entering the service during WWII, he was an engineer at RCA in Indianapolis on sound motion picture and military equipment.

In 1946, he worked for what later was the Naval Avionics Center for 30 years; the last 16 years he served as the Director of Research and Engineering until retirement. Later Chuck did consulting for the ARAC Division of the Indianapolis Center for Advanced Research and for ISC Defense Systems in Lancaster, PA.

While living in Indianapolis, he served on the Dean’s Industry Advisory Board at IUPUI. Chuck was a member of the Society of Retired Executives, the Military Officers Association, the Devon Country Club, Economics Club, Phi Kappa Sigma fraternity, American Legion, and the Navy League.

In 1977 Chuck moved to Nobelsville (South Harbor) where he enjoyed boating and water skiing. He later served on the Nobelsville Plan Commission, the Board of Works and Safety and he was a Republican Precinct Committeeman.

He moved to West Lafayette in 1991 where he was a member of the Federated Church.

He is survived by a son, John C. Davidson (wife Patricia) of West Lafayette, four nephews, and a niece.

Along with his wife and his parents, he was preceded in death by his sister Ruth Ann Farkas.

The family would like to thank the staff of Franciscan Health for their care, love, and support.

Memorial contributions in Chuck’s name, may be given to the Alzheimer’s Association at www.alz.org. Envelopes will be available at the funeral home.