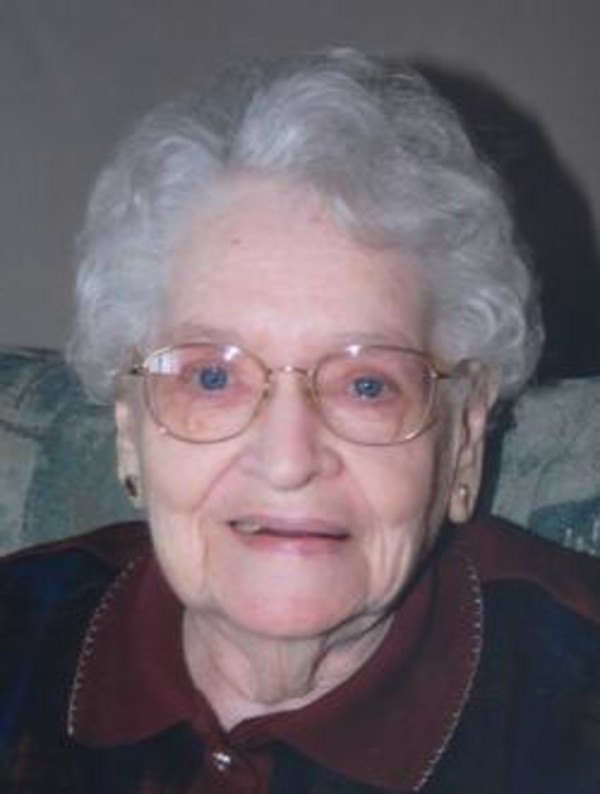 Charlene Christine Pendleton, 88, of Lafayette, died at 8:29 p.m. Wednesday, June 1, 2011, at Indiana University Health Arnett.
She was born May 11, 1923, in Lafayette, and was the daughter of the late Charles and Clara Osterling Elming. She graduated from West Point High School in 1942.
On Sept. 17, 1942, she married Harry Pendleton in Montmorenci. He died July 31, 1998.
Mrs. Pendleton farmed with her husband and was a homemaker.
She was confirmed at the Evangelical Mission Covenant Church in 1940 and enjoyed spending time with family and friends.
Surviving are two sons, James W. Pendleton (wife: Linda) of Romney and Jerry L. Pendleton (wife: Carol) of New Richmond.
Also surviving are 4 grandchildren, Kevin (wife: Rhonda), Lisa and Mark Pendleton, Deb Benedict, and 6 great-grandchildren. She was preceded in death by 4 sisters, Ruth Waters, Alta DeFreese, Mary Peak and Mildred Dunwoody, and a brother, Frank Elming.
Visitation will be 5 p.m. to 8 p.m. Sunday, June 5, 2011, at Soller-Baker Lafayette Chapel. Funeral service at 10 a.m. Monday, June 6, 2011, at Soller-Baker Lafayette Chapel, 400 Twyckenham Blvd, Lafayette, IN 47909 with Chaplain William Scott officiating. Burial will follow at Waynetown Masonic Cemetery, Waynetown, IN. Those wishing may contribute to the I.U. Hospice at 3900 McCarty Lane, Lafayette, IN 47905 or the American Cancer Society.