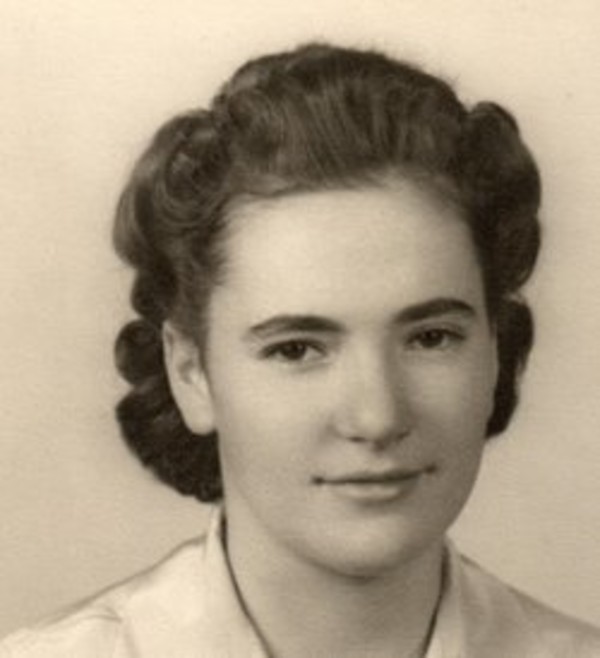 Carolyn Louise Briar Rowe, 92, formerly of Otterbein, passed away November 18, 2017 at University Place, Health Center.  Born October 26, 1925 near Otterbein in Benton County on her Gr. Grandfather Joseph Fenton Sewell/Holder farm in the same room as her Mother’s birth, and carried home on a pillow to their farm in Warren Co. called “The Ranch”.   She was the daughter of the late Mark Robert  Briar (son of David Milton and Lucy Timmons Briar) and Elizabeth Jane (Holder) Briar, daughter of George W. and Louise (Sewell) Holder . Raised in Otterbein, she enjoyed horseback riding and participating in youth activities at the Otterbein United Methodist Church, golf, shopping, aquasize and socializing with friends.  She was a 1943 graduate of Otterbein High School; she had planned on attending Purdue University to become a History teacher, but changed her plans when she married and started a family two years later.

On December 3, 1943, she was united in marriage to the late William Robert Rowe at the Otterbein United Methodist Church.  After her marriage, she became actively involved in the farming operation 5 ½ miles North of Otterbein with her husband.  Together, they expanded their owned acreage until the death of her husband’s in 1995.  She and William were able to acquire most all of the original farm, and other acreage, that belonged to William’s German immigrant Gr. Grandfather, John Michael Rowe (Rau), of Ross Walden (near Kirchheim Unter Teck), Baden-Wurtenberg, Germany.

Carolyn enjoyed working on the farm as well as managing the business of the operation; she actively operated a farm tractor every Spring and Fall, including hauling grain.  She complained about it occasionally, but wouldn’t have missed it.  She was an avid genealogist, and was a descendant of several founding families, including the first Europeans to inhabit Benton County.  Two of her 18th Great Grandfather’s, Elder William Brewster and Thomas Rogers came to America on The Mayflower in 1620.  She was a member and Officer of the Daughters of the American Revolution, the Colonial Dames, and the General Society of Mayflower Descendants. She was also a member of the Order of the Eastern Star and belonged to a social club called Ventura in Otterbein and a life-long member of the Otterbein United Methodist Church.

Carolyn was an avid traveler beginning in her youth when her Father and Mother took the family on a car trip during The Depression to Mexico. She had travelled the U.S. extensively with her late husband; she also explored Europe several times with friends and the Elderhostel group after William’s death.

She and husband, William, had wintered in Sarasota, Florida, for many years at their beachfront condo/home on Siesta Key’s Crescent Beach where they entertained many of their friends and family for 35 years.

She is survived by her daughter, Judith S. Schunot (Anthony) of Otterbein; her son, Steven R. Rowe, of Tampa, Florida; 3 grandchildren, 11 great grandchildren, 2 great-great grandchildren, 1 sister, Mary E. (Briar) Pflug of Grand Rapids, Michigan; and several nieces and nephews. She was preceded in death by her husband,  parents, and 1 niece, Susan I. Pflug.