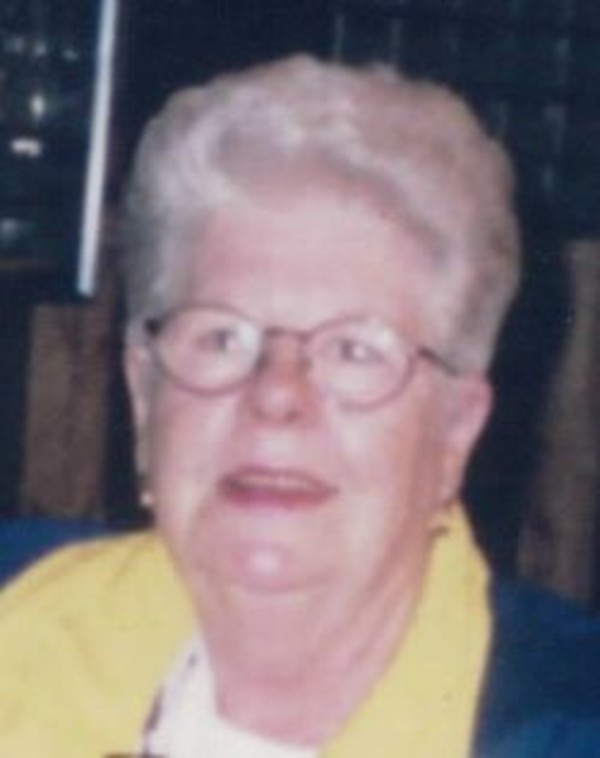 Carmen W. Roudebush, 81, of Lafayette, formerly of Otterbein, passed away at 9:56 am Monday, June 16, 2014 at IU Arnett Hospital. She was born September 23, 1932, in Templeton, to the late James and Mary Sturgeon Newell. She graduated from Oxford High School in 1950. On December 21, 1968 she married J. Robert “Roudy” Roudebush. He died May 26, 1996. Carmen had worked as a waitress for the Elks Country and City Club, Holiday Inn, the Knife and Fork, Grand Prairie, the Night Owl and also worked at Fellure IGA in Otterbein. She was a Co-Owner of C and M Cafe in Otterbein. She was a member of American Legion Post 11 Auxiliary, and enjoyed bowling, playing cards and bingo, thrift shops, garage sales, cooking and watching Purdue Sports and the Colts. Surviving are three daughters, Carla Royer (Ron) of Greencastle, Kim Helterbran and Chris Helterbran both of Rossville; two sons Kent Douglas “Hilt” Helterbran of West Lafayette, Jamie “Roudy” Roudebush (Kelly) of Lafayette; two step-daughters, Susan Roudebush of OR, Sara Freytag (Carl) of Carmel; three brothers, James De Newell of Lafayette, Harold “Bud” Newell (Barbara) of Watseka, IL, Larry Newell (Sandy) of Bartlett, TX; a sister, Helen Christopher of Otterbein; fourteen grandchildren, seventeen great grandchildren, and one great great grandchild. Carmen was preceded in death by two brothers, Jack and Ike Newell and a sister Betty Flynn Visitation will be 5:00 until 8:00 pm Thursday, June 19, 2014 at Soller-Baker Lafayette Chapel, 400 Twyckenham Blvd Lafayette, IN 47909. A private family service will be held Friday. In lieu of flowers those wishing may contribute to Food Finders or Meals on Wheels in Carmen's name.