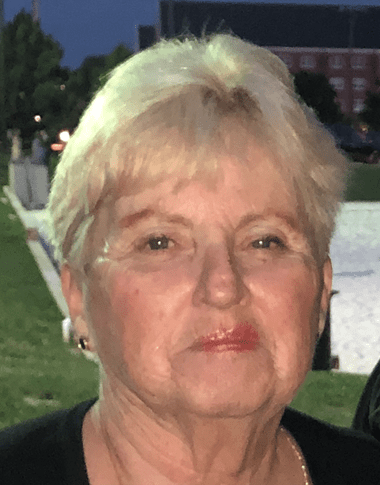 On Saturday, February 13, 2021, Brenda K Fisher, passed away at the age of 69 surrounded by her two children. Brenda was born in Lafayette, Indiana on Sept 26, 1951, to John and Pearl Davis and grew up in Delphi until her freshman year where she started to attend East Tipp High School where she then graduated in 1969.

Brenda married Lynn Fisher in 1971 and they later divorced. She was cherished by her family (Jim Fisher of Indianapolis, Matt Fisher (Cherie) of Memphis, TN). Brenda was a loving grandmother to Connor, Abby, and Joe Fisher, Caroline Fisher, Anna, Madison, and John Thomas Mobley. Also surviving are 2 sisters Mary Gear and Ginny Freeman and her mother Pearl Davis.

She was preceded in death by her father John Davis; brothers-in-law, Bill Freeman and Joe Gear.

Brenda’s real passion over the years was leading and participating in philanthropy through the sorority Delta Zeta Chapter of Psi Iota Psi. She has been the chapter president for 10 years, state president, and a convention secretary for national many years.  From a local chapter perspective, she was known as the “Cheeseball lady”.  The project, which is a major fund raiser, would not have been the same without her. She was passionate about Purdue football and basketball.

She was secretary to the Dean for the School of Consumer and Family Sciences at Purdue University from 1995 to May of 2020.

She died peacefully and is in heaven now.

Arrangements are still pending due to impacts of COVID-19.  Her service will be immediate family only.  Memorial contributions in Brenda’s name may be given to Delta Zeta Chapter/Psi Iota Xi, Att: Jody Conover, 2517 Silverado Circle, Lafayette, IN 47909.