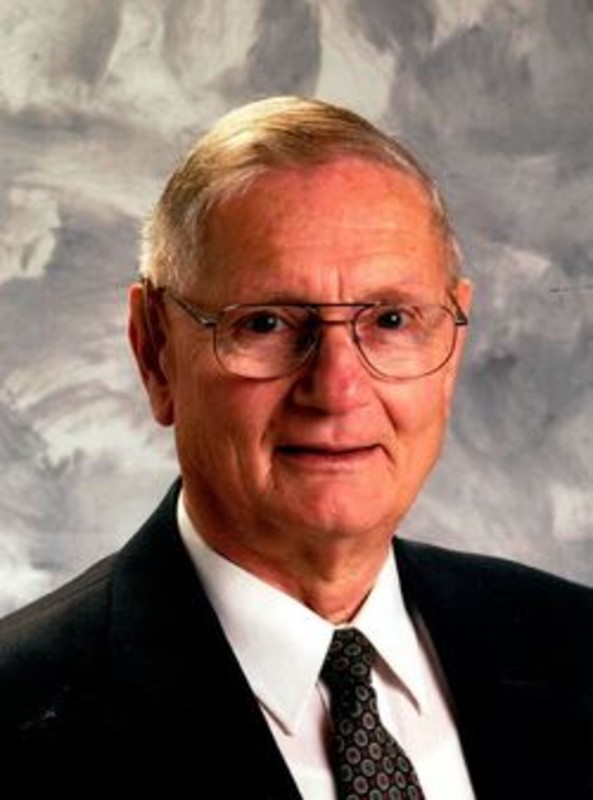 Billy was born June 22, 1931 in Pawnee City, Nebraska, to James Ernest and Beulah Edith (Thiemann) Hooper. Billy served in the United States Marine Corps from 1948 to 1952 and was a veteran of the Korean War.  He married Janice Jewell Kerr April 17, 1954. He graduated from the University of Missouri in 1961 with Bachelor of Science in Agriculture and Doctor of Veterinary Medicine degrees. He then completed a Master’s Degree in 1963 and a Ph.D Degree in Veterinary Pathology in 1965 at Purdue University. He became a Diplomate in the American College of Veterinary Pathology in 1965.

Billy spent most of his professional life in academia where he served as a faculty member and administrator at Purdue University, the University of Missouri, the University of Georgia, Oklahoma State University, and Western University of Health Sciences. He also developed the first Washington, DC office of the Association of American Veterinary Medical Colleges (AVMA) and served as their first Executive Director. Billy was a dedicated participant in organized veterinary medicine where he served as a member and chaired the AVMA Council on Education, the Committee on Veterinary Technician Education, and the National Board Examination Committee. In all of these activities he was a leader in organizing and summarizing national activities devoted to the improvement of veterinary medical education.  These efforts were recognized in his receipt of many awards including the Distinguished Alumnus Award from the University of Missouri, a listing in Purdue University’s “Book of Great Teachers,” and the Iverson Bell Award for Improvement of Opportunities for Minorities in Veterinary Medicine.

Following his retirement to the Lafayette area he became active in volunteer work.  He served five years as photographer and three years as President of the Lafayette Citizens Band.  He was an active member of the Lafayette Kiwanis where he chaired the Youth Services Committee.  In recognition of his community contributions he received the Crystal Bison Award as the outstanding volunteer in 2011.

Billy was preceded in death by his parents and siblings John Hooper and Sylvia Martin. Surviving are his wife Janice, son Roger William Hooper, and daughter Robin Suzanne Jordan, all of Lafayette, Indiana.  Also surviving are one brother James Robert (Bob) Hooper from Colorado Springs, grandchildren Erica Jordan, Rebecca Brown, and Peter Jordan, and many nieces and nephews.

Celebration of Life ceremony will be held at Soller-Baker Funeral Home, 400 Twyckenham Boulevard, Lafayette, Indiana 47909 on June 22nd, 2018. Visitation will start at 9:30am and the service will begin at 11:00am. In lieu of flowers, memorial contributions may be given to the Purdue Foundation for scholarships to be used in support of students of Veterinary Medicine and Veterinary Technology.