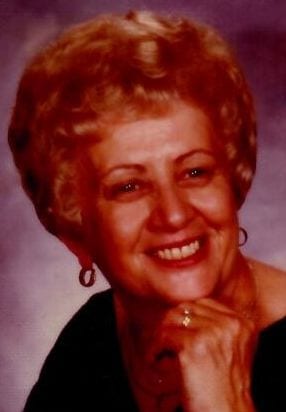 Betty Jean  Mennen 92 of Lafayette died on Wednesday January 15 at 2:20 am at the Creasy Springs Health Campus. She had been a resident there for 3.5 years.
Born April 23, 1927 in Lafayette, she was the daughter of the late Ralph and Evangeline (Jane) Swatts. She was a 1946 graduate of Lafayette Jefferson High School.
Betty and Robert (Bob) C. Mennen (deceased 6-8-2010) were married on October 12, 1946.
In the early years Betty helped her husband operate a small farm on the east side of Lafayette near where Vinton Woods is today. They eventually added a wholesale food business that they operated from their small farm. Years later Betty helped her husband build Century 21 Mennen Realty.
Betty was an avid gardener for most of her life and would fill her yard each Spring with as many flowers as she could find room for. If it wasn’t flower season, then that meant antiques. She was an enthusiastic collector of old furniture and collectibles.
Betty’s true passion in life, though, was always her husband and their children. She was the mother of three children; Julie Goodin (husband John) of Swanee, GA., David R. Mennen (wife Kim), and Douglas R. Mennen (wife Kym) both of Lafayette. She has nine grandchildren; Janae Howell, John Goodin, Brittany Card, James Goodin, Kaitlyn Zender, Kati Davis, Dave Mennen, Leighton Mennen and Jerrick Mennen. She also has 4 great grandchildren. She is also survived by her sister Lin Thomas of South Carolina.
She is preceded in death by a sister Pat Mosley. Visitation 10:00am – 11:00 am Monday January 20, at Soller-Baker Lafayette Chapel with funeral service to follow at 11:00am. Interment Rest Haven Memorial Park.
In lieu of flowers contributions can be made to the American Heart Association or the Breast Cancer Research Foundation. You may sign the guest book and leave memories at www.soller-baker.com