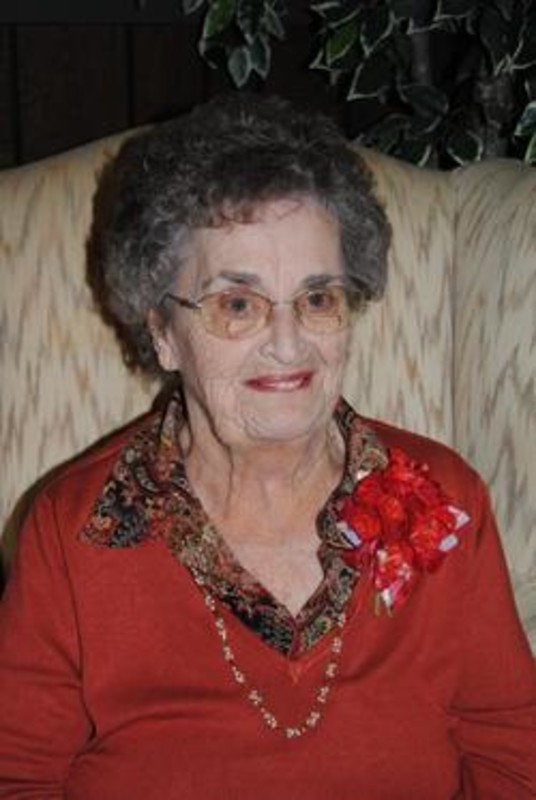 Bette Lou Burton, 93, of Stockwell, went home to be with her Lord at 3:42 am on Monday, February 2, 2015 Bette was born December 9, 1921 in Stockwell, the only child, to the late Gail and Gladys Gant Johnson. Bette Lou married the love of her life, Wayne R. Burton on May 17, 1941 in Stockwell and he preceded her in death on March 24, 2006. Bette graduated from Stockwell High School in 1940. After graduation she received her degree from Lafayette Beauty Academy. Bette and Wayne were members of the Tippy Camping Club for many years and wintered in Lake Wales, Florida. She was a member of the Stockwell Home-Ec Club and had attended Brady Lane Church of Christ. Bette was more than a homemaker, she was a caring, loving mother to her 4 children, Sharon (Marvin) Wheeler, Ferol (Paul) Kirkpatrick, Carol Allen and David (Edna) Burton all of Lafayette. Bette is also survived by 7 grandchildren, Steve (Ginny) Wheeler of Flora, Kim (Brad) Giroux, Barb (Troy) Bruce both of Lafayette, Richard Allen of Shoals, Matthew (Keri) Burton of Minnesota, Paula (Nate) Holmes of Clarks Hill and Lindsay (Marco) Burton-Ramirez of Argentina. 13 great-grandchildren, Joshua Wheeler, Greg (Cortney) Wheeler, Erika (Jerry) Knotts, Morgan (Michael) Gardner, Emily Giroux, Braden Giroux, Mason Bruce, Clayton Giroux, Chloe Allen, Karsyn Bruce, Cashen Holmes, Catie Holmes, Jacob Burton, Jonah Burton and Josiah Burton. 4 great-great-grandchildren, Meredith Wheeler, Myah Gardner, Ella Wheeler and Haddie Wheeler. Bette is preceded in death by a daughter-in-law, Karen Burton and a great-great-grandson: Grayson Wayne Wheeler. Bette's family will receive friends from 5:00 PM until 7:00 PM on Friday, February 6, 2015. The funeral will be at 10:00 am on Saturday, February 7th at Soller-Baker Lafayette Chapel. Pastor Randy Skidmore will be officiating. Burial will follow at Yorktown Cemetery near Stockwell. Family is asking for memorials to be given in Bette Lou Burton's memory to Great Lakes Hospice or the American Cancer Society.