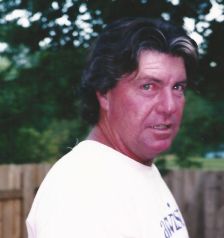 Bennett C. Brost, 63, of Lafayette, passed away on Wednesday, March 4 , 2020 at his residence, after battling cancer.  He was born January 20, 1957, in Lafayette to the late Albert and Barbara (Finch) Brost.   Bennett graduated from Benton Central High School and Ivy Tech.  His first marriage was to Cindy Flynn in 1975 and they later divorced. They had one child Clara L. (Tim) Gouge of Elgin, IL and one granddaughter Olivia Gouge.   On August 9, 1993 he married Rebecca Clausen and she preceded him in death on January 16, 2015.   Bennett worked as a Custodian at McCutcheon High School from February 19, 2007 until retirement on November 5, 2019.  McCutcheon High School was basically his home since the passing of his wife Becky.  He enjoyed the staff and students greatly even if they did ask him to do those small tasks.  He had previously worked construction in the Lafayette area.  Bennett better known as Ben, enjoyed cooking out, visiting with friends, his cats and having a good time.Surviving siblings are Paula J. (Randall Stephen) Brost, Alan J. (Christine) Brost of Ambia, IN, Kay S. Donnelly of Lafayette, Jill M. (William) Bittner of Mayer, MN, and Stephen N. (Jennifer) Brost of Dassell, MN.  Also surviving are several nieces and nephews.

Visitation will be from 5:00 to 8:00 pm on Friday, March 13th at Soller-Baker Lafayette Chapel, 400 Twyckenham Blvd.  Memorial contributions may be made to the Community Cancer Network or the Almost Home Humane Society, both located in Lafayette.