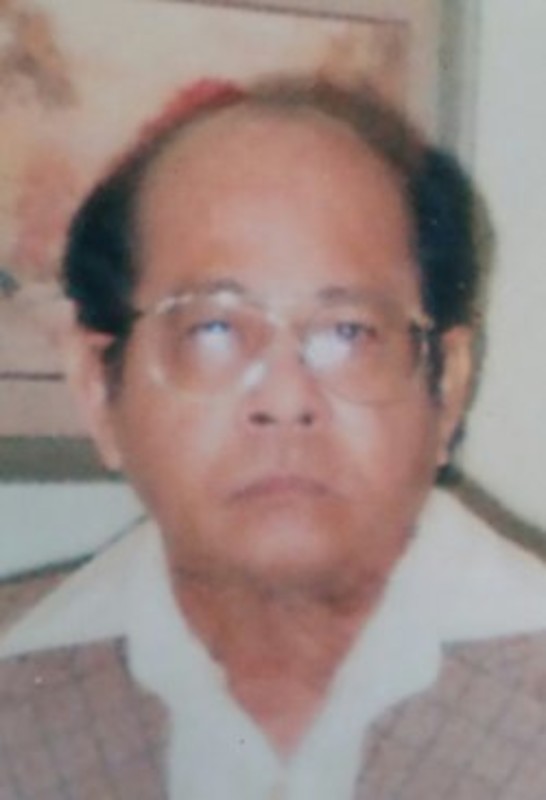 Benjamin S. Tamaray, 81, of West Lafayette, died at 4:40 AM, Friday, March 27, 2015 at IU Health Hospital. He was born in 1933, in the Philppines, to the late Conrado and Teresa Tamaray. Ben graduated from the University of the East Manila Philippines with a bachelor's degree in Business Administration. He majored in Accounting. After graduation, he was a senior clerk in the Provincial Governor's office in Tuguegarao. He arrived in the United States in 1972. He was an accountant for 18 years at Rapp's Sire Shop where he was responsible for the books of 12 stores. He enjoyed watching wrestling and boxing. Surviving are his wife, Norma Tamaray of West Lafayette, son, Richard Tamaray of Indianapolis, son, Oliver Tamaray (wife Angelika) of St. Louis, MO, granddaughters, Jourdyn and Ainsleigh and a sister, Victoria Lagundi, (husband Angel) of the Philippines He is preceded in death by his parents, Conrado and Teresa Tamaray, and 10 Brothers and Sisters Visitation will be from 1:00 PM until the service begins at 2:00 PM Monday, March 30, 2015 all at the Soller-Baker West Chapel, 1184 Sagamore Pkwy W., West Lafayette, IN 47906. Fr. Cassian Sama will be officiating. Interment will follow at Grandview Cemetery. You may leave memories and sign the guest book by visiting www.soller-baker.com