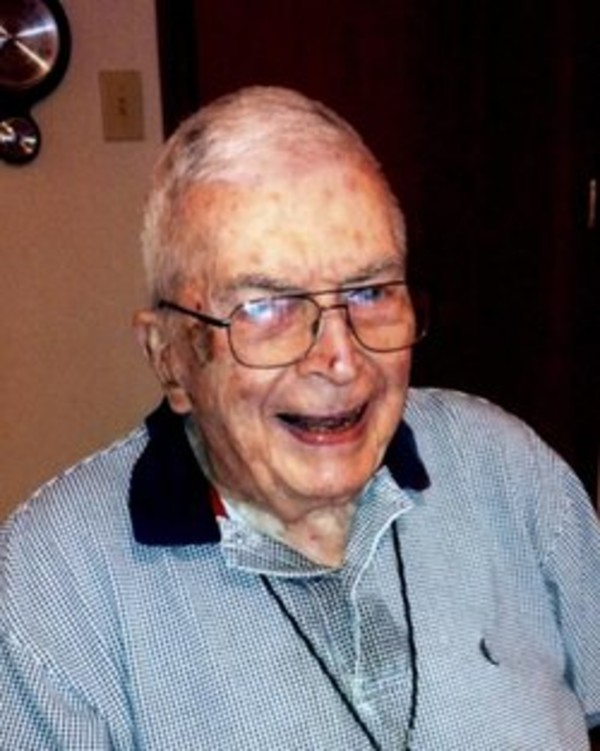 Arthur D. Rush Jr., 95, of Noblesville, formerly of Lafayette, died Thursday, February 14, 2013 at Riverwalk Commons Assisted Living in Noblesville. He was born September 25, 1917, in Lafayette, IN, to the late Arthur D. Sr. and Helen Rush. He graduated from Lafayette Jefferson High School in 1935 and attended Purdue University, majoring in electrical engineering. In 1940 he married Edith Slinkard, and they had two sons, Tom and Jerry. Arthur owned and operated Rush Radio appliance store in Lafayette. He was a member of Beta Theta Pi, and the Masonic Blue Lodge #123 and he enjoyed fishing and bowling. Surviving are sons, Jerry Rush, wife Judy, of Indianapolis and Tom Rush, wife Judy, of Indianapolis, IN; 6 grandchildren and 13 great-grandchildren. He is preceded in death by his wife Edie, his parents, Arthur D. Rush Sr. and Helen Rush, a sister, Margaret, and a brother, Edward. Visitation will be 1 hour prior to the service February 21, 2013 at 3:45 PM at Soller-Baker West Lafayette Chapel, Rev. Paul Arnold officiating. Burial will be at Tippecanoe Memory Gardens. In lieu of flowers, those wishing may contribute to the American Heart Assc., 3816 Paysphere Circle, Chicago, IL 60674 or, Premier Hospice, 11550 N. Meridian, Carmel, IN 46032.