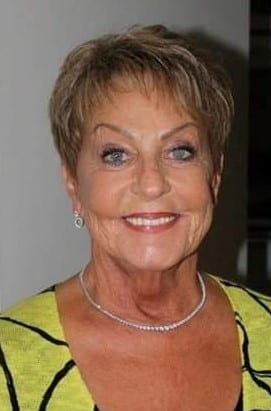 Due to COVID-19, Private family services were held.

Anne Ward passed from this earth on Thursday, April 9, 2020 in Evansville. She was born Anna Faye Jackson on March 7, 1941 in Rensselaer to Keith and Annabelle (Spurgeon) Jackson. She and her sister enjoyed a care-free childhood growing up on their grandparent’s farm near Francesville. Anna Faye went to grade-school at Hanging Grove and then attended one year of high school at Rensselaer. The family then moved to Monon, where she was graduated from Monon High School with the class of 1959.

On November 15, 1959 Anna Faye married Dale Ward and they made their home in Francesville.  Born to the couple were five children: Brian, Angela, Kerri, Brad, and Nikki.  As a young woman, Anna Faye decided she wanted to be known as “Anne” and strongly encouraged family and friends to refrain from calling her Anna Faye.

For many years Anne endured health issues as the result of Addison’s disease and diabetes. After the children were grown, Anne and Dale spent many winters in Florida on Marco Island which Anne enjoyed immensely. Dale and Anne founded “Ward Stone” and later the “Whistle Stop” restaurant and the “Monon Connection Museum” in 2005.

Anne was a member of the Christian Aspostolic Church of Francesville. She had a quick wit and the ability to keep everyone laughing. She had a mischievous twinkle in her eye and always had a humorous story to share. Anne enjoyed shopping and was always dressed in the latest fashion.  She was an avid basketball fan and she also enjoyed playing euchre with friends. Her greatest joy was her children, grandchildren, and great grandchildren.

Anne is survived by her husband, Dale, son Brian (Dana) of Henderson, KY, daughter Angela (Larry) Mainstone of Estero, FL, daughter Kerri (Rodney) Westerhouse of West Lafayette, IN, son Brad (Anna) of Carmel, IN, and daughter Nikki (Sam) Wireman of Wheatfield, IN. Also surviving are 17 grandchildren and three great grandchildren; , her sister, Kristel Kaye (husband, Jim Berry) of Lafayette IN; sister-in-law Nola Wuethrich and Brother-in-law Roger (Sandi) Ward of Francesville, IN. Also surviving are her aunts Eileen Spurgeon of West Lafayette, IN and Alta Hall of Lafayette, IN.

Due to COVID-19, private services were held for Anne. She is and always will be deeply missed by those who loved her.

Due to COVID-19, Private family services were held.