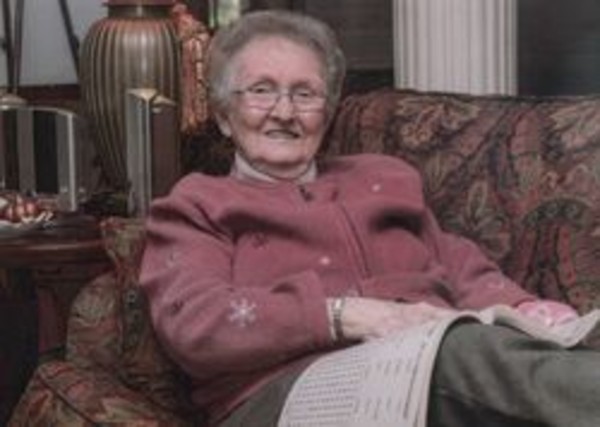 Anna Mae Hollman Pierson, 85 of Greentree Assisted Living, West Lafayette, went to meet her maker on September 11, 2015 at St. Elizabeth East Hospital. She was born on November 7, 1929 in Chicago, IL to the late Myrtle and Thomas Hollman. She was raised by her grandmother, Cora Barton along with her many aunts and uncles. Anna Mae graduated from Jefferson High School in 1947. On January 3, 1948 she married the love of her life, Edward L. Pierson, in Lafayette, Indiana. He preceeded her in death on January 5, 1991. In 1968 she began working at Pay Less Supermarkets until her retirement in 2003. She was a member of Holy Trinity Lutheran Church and participated in Stephen Ministry and Jubilee Christmas. Anna was an avid Euchre and Rummikub player and enjoyed playing word search and spending time with her dear friends and family. Surviving are her children; Daniel Pierson, Connie Bogan (Jack), Mark Pierson (Sandy), Carol Davison (Mark), all of Lafayette, and Joann Peters (Tony Fortin) from Groveton, NH. Also surviving are her grandchildren; Jennifer Segal (Andy), Edward Bogan (Jessica), Telly McNeely, Jackson Bogan (Jennifer), Ashley Gamble (Craig), Kylee Davison, Amanda Fortin, Mychaela Fortin, her adopted granddaughter Mikayla Tragesser. Great grandchildren; Dakota Ann, Hunter, Savannah, Alexa Lee, Elle Nicole, Olivia Jo, Tyler Jackson, Colin Edward, Halle Elizabeth, Jackson Robert, Connor Brooks, and Nora Grace. Anna was preceeded in death by her grandmother, her mother and father and a daughter-in-law, Deborah Pierson. Visitation will be from 5:00 PM to 8:00 PM Sunday at Soller-Baker Lafayette Chapel, 400 Twyckenham Blvd. Friends will be received from 10:00 AM Monday until the time of the service at 11:00 AM at Holy Trinity Lutheran Church in Lafayette. Interment will be at Tippecanoe Memory Gardens. Memorials may be made to The Prader Willi Syndrome Association of Indiana, 7536 Moonbeam Drive, Indianapolis, IN 46259 in her memory. This organization's research may one day help her great grandchild, Nora Grace Gamble.