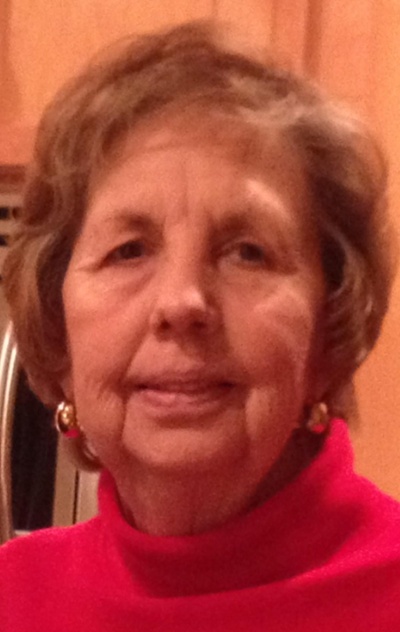 Ann “Oma” Lawson, 75 years old of West Lafayette, Indiana passed away on Wednesday, July 17, 2019 at IU Arnett Hospital in Lafayette, IN. She was born on December 2, 1943 in Hyden, Kentucky to Boyd and Ellen (Begley) Caldwell. She was blessed to have been welcomed into the home of her beloved Aunt Rose (Begley) & Uncle Taylor G. Baker in Manchester, KY where she grew up and was much loved. Ann attended Oneida Baptist Institute and then graduated from Clay County High School in 1960 at the age of 16. She attended Cumberland College in Williamsburg, KY. There she met her future husband, Homer Lawson, and they eloped after three months on December 19, 1962 in Hima, KY. They were blessed by the birth of their only child, Teresa Rosann in 1964. They began teaching in Bucyrus, OH with 60 college credits and they returned every summer to Cumberland College to complete their B.S. degrees in 1969. Ann was a lifelong teacher both in the classroom and to anyone who knew her. They moved to Scott County, IN to teach and immediately began their M.S. degrees at Indiana University Southeast, completing them in 1972. After Homer finished his doctorate at Indiana University Bloomington in 1973, the family moved to Vincennes, IN where they made their home until 1988. Over her career, Ann taught in Sulphur Springs, OH, Vincennes Community Schools, Saudi Arabia, Madison, IN & North Knox School Corporation in IN. Once they became grandparents they retired and moved to Lake County, IL to be near Teresa and their twin granddaughters, Emily Rosann Lawson Hufnagel and Rachel Clare Lawson Hufnagel. While Ann was an incredible teacher and a devoted mother, she was born to be the consummate loving grandmother. She was known as Oma to every child and adult who she met from the moment she became a grandparent. She attended every single sporting event and worked selling tickets and serving in the concession stand for the vast majority of the twins’ games. As one of the girls’ former principals said, she was the embodiment and definition of what a grandmother should be. Ann’s hobbies were playing cards, reading, playing golf (even winning a trophy!), traveling to Civil War battlefields with her daughter, & watching IU basketball! Ann is survived by her daughter Teresa Lawson Hufnagel (John) of West Lafayette, IN who was Ann’s best friend, confidante, caregiver, and constant companion. She is also survived by her son-in-law, John Hufnagel who helped with her care in the last 10 years of her life. John was her golfing & euchre partner as well. Oma is survived by her beloved twin granddaughters who were her roommates, her partners-in-crime, and whom she loved more than life itself. Ann was a lifelong Christian and her faith was a very important part of who she was. Ann was the oldest of five siblings, three of whom survive her: Sarah (Bob) Baker of North Port, FL, Robert Caldwell of Hope, IN, and Richard (Pam) Caldwell of New Albany, IN. Ann was predeceased by her husband of 45 years, Dr. Homer Lawson, her in-laws, Finley & Effie (Hubbard) Lawson of Manchester, KY, her brother Gary Caldwell of Scottsburg, IN and her cherished Aunt Rose & Uncle Taylor Baker of Manchester, KY.

Visitation will be from 1-3 pm on Saturday, July 20 at Soller-Baker Funeral Home, 400 Twyckenham Blvd, Lafayette, IN 47909, with services at 3 pm performed by Chaplain Randall Adams who was her chaplain, friend, and surrogate son.

After that the family will be further celebrating Ann’s life in her hometown of Manchester, KY at Britton Funeral Home with visitation from 4-8 pm on Monday, July 22. On Tuesday, July 23, 2019 there will be additional visitation from 1-2 pm with the funeral officiated by Rev. Ken Bolin of Manchester Baptist Church beginning at 2 pm followed by burial at Morgan-Begley Cemetery in Hyden, KY.