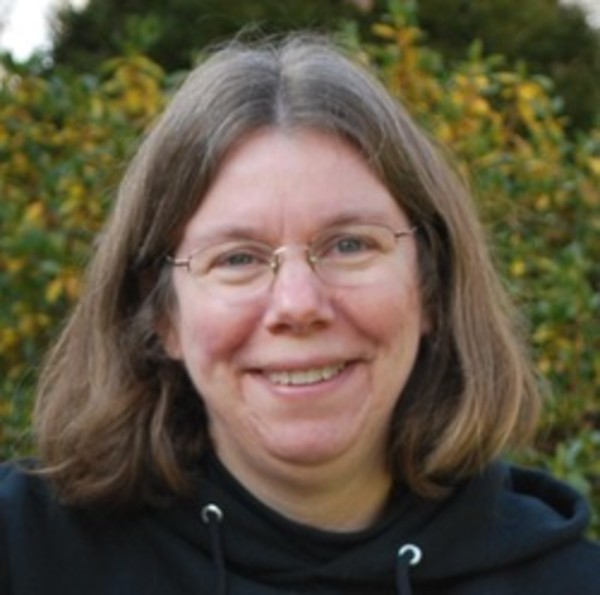 Dr. Amy Louise Davidson, 54, died from cancer on Tuesday, April 2, 2013 at Franciscan St. Elizabeth Central in Lafayette, Indiana. She was born in 1958 in Plainfield, N.J. and was the daughter of the late Jean Davidson and the late James Davidson. Early in her education, she developed an interest in mathematics and won awards in this subject, but as an undergraduate she shifted her focus to studying chemistry. In 1980 she earned her B.S. in chemistry (magna cum laude) from Tufts University and her M.S. and Ph.D. from Cornell University in Nutritional Biochemistry in 1983 and 1987, respectively. She undertook postdoctoral research at the University of California, Berkeley between 1986 and 1992. Dr. Davidson met her husband, Dr. Frederick Gimble, at Tufts University. They married on May 8, 1988 in Plainfield, N.J. and he survives. Dr. Davidson's first academic position was at the Baylor College of Medicine, where she was Assistant Professor of Microbiology and Immunology from 1992 to 1999 and Associate Professor of Molecular Virology and Microbiology from 1999 to 2005. She moved with her husband and son to West Lafayette, In. in 2005 where she became Associate Professor of Chemistry at Purdue University. Professor Davidson led an internationally-respected research program that focused on the ATP-binding cassette (ABC) superfamily of proteins that transport molecules into and out of cells, and that have been linked to several serious human diseases. During her career, she had over 40 professional publications to her credit, and she made nearly 100 presentations of her research around the world. She served as an editorial board member of a scientific journal and sat on review panels for several research funding agencies. She leaves a legacy of students and post-doctoral fellows who shared her profound interest in understanding how ABC proteins function. Those who knew Professor Davidson commented that she was not only an intelligent scientist, but also a genuinely good person who easily interacted with colleagues, collaborators and students. Much of Amy's enjoyment in life came from spending time with her husband, son and extended family who gladly served as her caregivers during her lengthy illness. She was a member of Temple Israel, where she helped coordinate the annual deli sale for several years. She enjoyed hiking in the outdoors, attending Purdue jazz concerts, and reading. Surviving with her husband are her son Nathan, her sister Susan (husband: Terry) of Fort Wayne, In. and her brother Thomas (wife: Patricia) of Bridgewater, N.J. Contributions in memory of Professor Davidson may be made to the Davidson/Gimble Scholarship Endowment in Chemistry (please make checks payable to “Purdue Foundation” (in memory of Amy Davidson) and mail to Purdue Foundation, 403 W. Wood St., West Lafayette, IN 47907) or to the American Cancer Society. A Celebration of Life for Amy will be held at 1:00 pm Sunday, April 7, 2013 at Soller -Baker Lafayette Chapel 400 Twyckenham Blvd Lafayette, IN 47909.