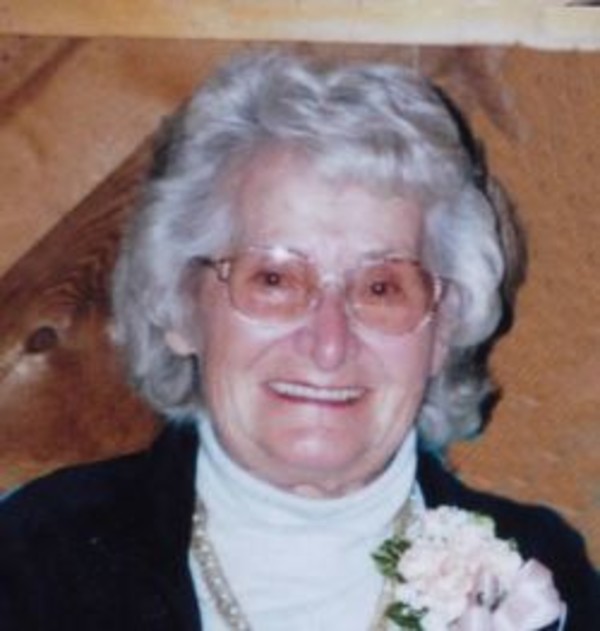 Alma G. Hess, 89, of West Lafayette, passed away at 11:32 AM Tuesday, January 22, 2013 at IU Health Arnett. She was born October 8, 1923, in Fowler, to the late Joseph and Olivia Windler Holscher. She graduated from Fowler High School in 1942. On September 21, 1942 she married Wilbur A. Hess in Fowler. He died June 6, 2004. Alma was a member of Sacred Heart Catholic Church and St. Ann Society at Sacred Heart,Benton County Extension Homemakers. She was a stay at home mom and loved spending time with her family, she also enjoyed playing bingo, sewing, gardening , cooking and baking. Surviving are seven daughters Alice Budreau (husband Jerry),Geneva Wetli (husbnad Ray) both of Fowler, Mary Ann Bushong (husband Larry) of Lafayette, Janet Hardebeck (husband Vernon) of Henderson, NV, Chris Cormany (husband Ed) of Ft. Wayne, Pat Foster (husband Mark) of Attica, Theresia Moser (husband Fred) of Lafayette, a son Tim Hess (wife Chris) of Fowler; 34 Grandchildren, 67 Great Grandchildren and 8 Great Great Grandchildren. She was preceded in death by four brothers and two sisters. Visitation will be from 5 to 8 pm, with rosary service at 4:45, Thursday, January 24, 2013 at Soller-Baker Lafayette Chapel 400 Twyckenham Blvd Lafayette, IN 47909. A Funeral Mass will be held at 11:00 am Friday, January 25, 2013 at Sacred Heart Catholic Church 107 E. Main St, Fowler, IN 47944 with Fr. Donald Gross officiating. Burial will follow at Sacred Heart Cemetery in Fowler. In lieu of flowers those wishing may contribute to the Sacred Heart School.