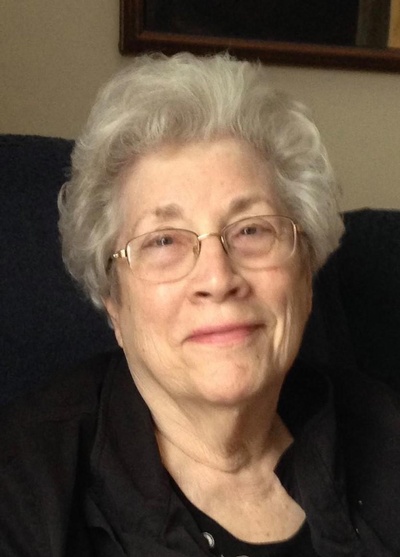 Alice was born in Muncie, IN, June 27, 1931 to Ernest L. and Margaret Slater Myers. Her parents, older sister Jane Myers White, and younger brother John William Myers, all preceded her in death. Alice grew up in Muncie, IN, attending Burris Laboratory School K-12 and nurturing friendships that lasted a lifetime. Alice graduated from Ball State Teachers College in 1953, having served all four years on student government. She was the first woman elected student body president in her junior year and was re-elected for a second term.

She married Russell Lewis Arthur of Marion, IN on December 26th, 1953.They shared the next 63 years until Russell’s passing in March of 2017.

Investing in the lives of students was Alice’s life’s work. Coming to Lafayette to teach in 1953, she served first at Centennial School, then Washington School. She earned her master’s degree from Purdue University in 1956 in Guidance and Counseling. After becoming a parent, she returned to teaching at Morton School in West Lafayette, IN, in 1965.

Beginning in 1968, she served for more than two decades as a well-loved guidance counselor for West Lafayette High School. Her leadership gifts were recognized in a transition to Assistant Principal and following the completion of her EdS degree from Purdue, she served as Principal at WLHS from 1988-1990. Following her retirement, Purdue Admissions colleagues recruited her to continue serving families as an Admissions Counselor each fall semester from 1990-1995. She was both personable and professional, earning the respect of both her students and her coworkers.

Fully retired after 1995, she enjoyed traveling, reading, antiquing, book clubs, and being in a euchre club with precious friends. She continued her memberships in Pi Beta Phi sorority, P.E.O. chapter CH, and The First United Methodist Church. Her greatest joy was being with her family who will always treasure her as a brave, generous, hardworking mother and a joyful, loving Grammy.

Memorials may be made to West Lafayette Schools Education Foundation or West Minster Village Foundation. Visitation will be from 12:30 pm until the time of the service at 1:30 pm on Monday, April 29, 2019, at Soller-Baker West Lafayette Chapel, 1184 Sagamore Parkway West. Entombment to follow at Tippecanoe Memory Gardens. You may sign the guest book and leave memories at www.soller-baker.com