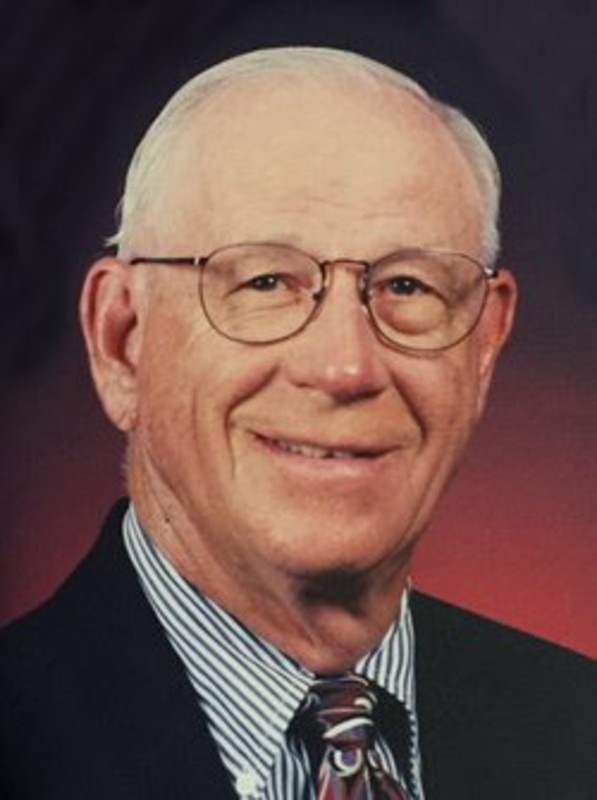 Alfred W. Dawson
The first child of Anna Lalah Best and Albert Lee Dawson, Alfred Welburn Dawson was born in Waddy, Kentucky on December 19, 1926. Upon graduating from high school, Al was immediately drafted into the Army where he was promoted to the rank of Sergeant while serving in the Army of Occupation in Germany.
When he returned to Kentucky in 1947, Al enrolled at Eastern Kentucky State College as an ROTC student earning a Bachelor of Science degree in commerce. He was called to active service, and as a First Lieutenant, he served as Battery Commander of the 625th Field Artillery in the Korean Conflict from 1951-1953, during which time he received two commendation ribbons with pendant for meritorious achievement.
Using the GI Bill, Al enrolled at the University of Kentucky where he earned a Master of Business Administration degree. Al taught accounting for one semester at Transylvania College and for one year in the Dayton, Ohio school system. He was hired as an auditor at Purdue University in 1956, and he rose to the position of Director of Internal Audit, which he held for thirty-two years. He retired in 1992 as Internal Auditor Emeritus.
Al married Venetta Faye Gritton at Sinai Christian Church in Sinai, Kentucky on August 20, 1955. She preceded him in death on September 29, 1992. Also preceding him in death are a sister, Anna Charlotte Brown, and a step son, Bruce English (wife Kathy).
Al married Sylvia Hogsett on December 1, 1995, in Jamaica, and she survives him. He is also survived by a sister, Hilda Lucille Fallis of Lawrenceburg, Kentucky; sons Kevin (companion Kelly Courson) of Peoria Heights, Illinois; Steven (wife Tricia) of Indianapolis, Indiana; and one grandson, Henry Dawson. Step sons are Michael English (wife Judy) of Goodyear, Arizona; James English of Rushville, Indiana; and Phillip English (wife Jennifer) of Troutdale, Oregon.
Prior to this year, Al and Sylvia spent eighteen winters in the Orlando, Florida area where they enjoyed playing golf at the Royal Saint Cloud Golf Links. Al was a member of Trinity United Methodist Church where he served as trustee, finance chairman, and a member of the endowment investment committee. Al was a lifetime member of Elks Lodge 143, a member of American Legion Post 11, and an Honorable Kentucky Colonel.
After battling cancer and suffering from a stroke, Al died in West Lafayette, Indiana on July 27, 2016. Following his wishes, there will be a Celebration of Life at the West Lafayette Golf and Country Club on Wednesday, August 10, from 4:00-6:00 p.m. If you wish to make a donation, please give to the charity of your choice.