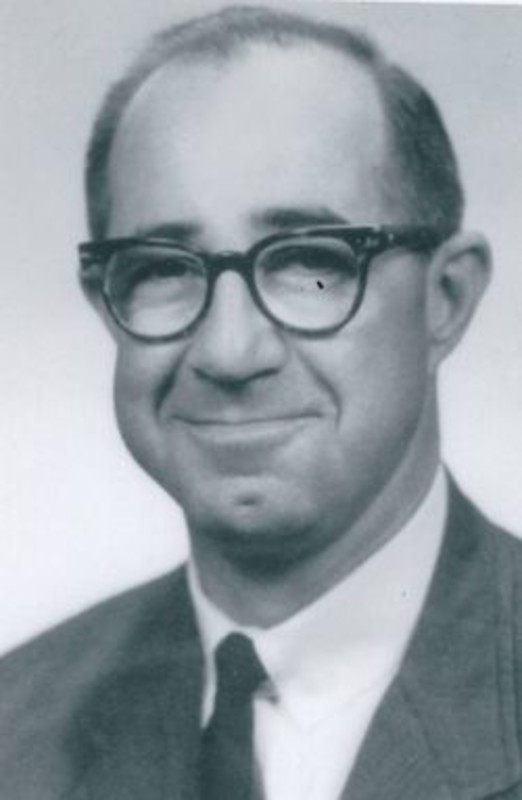 Alfred DeVito, 91, of West Lafayette, died at 2:35 am Tuesday, January 7, 2014 at Creasy Springs Health Campus. He was born July 24, 1922 in Jersey City, NJ to the late Alphonso and Cecelia Cerelli DeVito and resided in New Jersey for 30 years. On September 6, 1952 he married Barbara Goodman in Tenafly, NJ. She survives. Professor DeVito, professor emeritus of science education at Purdue University (1966-89) earned his bachelor's degree in geology from Brigham Young University. Upon graduation he was employed at the Lamont Geological Laboratory where he was engaged in Columbia University's oceanographic studies. He later received his master degree from New Jersey State University at Patterson, NJ. Upon completion of this degree he entered the teaching profession. After eight years of public school science teaching he was awarded a fellowship at the University of Texas at Austin. There he earned a PhD in science education. Upon completion of this degree he accepted employment at Purdue University. Professor DeVito has been recognized for his teaching receiving numerous departmental awards, student awards, Kappa Delta Pi Outstanding Teaching award, The Purdue University Amoco Award for Outstanding undergraduate teaching, the Purdue University “Helping Students Learn”, the Ohaus National award for Creative Innovation Teaching, The Association of Teacher Educators National Award for Research, The International Canadian Association for Science Education award, and the National Bronze medal for Professor of the year award given by the Council for Advancement and Support of Education, Carnegie Foundation. After retirement, he was named in the Purdue University Book of Purdue's Great Teachers, 1999. An avid author Professor DeVito wrote numerous science- teaching methods books, ancillary science textbooks, plus involvement in several K-6 elementary school science series. Attended to this, he has published over 70 articles in science education. His academic interests were creative problem solving and abstract model building. Upon retiring from employment at Purdue University in 1989, Professor Devito formed a publishing/ consulting firm and published numerous personal books related to science education. Professor Devito's interests include scouting, lapidary work, sterling silver jewelry construction and landscape painting. Surviving along with his wife Barbara are two daughters Nila James of Indianapolis, Donna DeVito Keck of Champaign, IL; five grandchildren, Sean and Ashley Keck, Porsha, Keyara and Brianna James and four great grandchildren, Austyn, Loren, Kamryn and Ethan. Alfred was preceded in death by a sister Marion Snow. Friends will be received from 12:00 pm until the time of the service at 1:00 pm on Saturday, February 1, 2014 at Soller-Baker West Lafayette Chapel 1184 Sagamore Parkway W, West Lafayette, IN 47906.