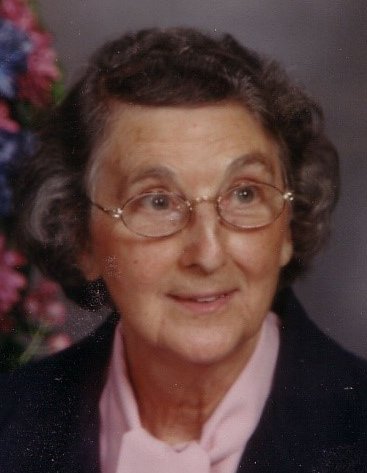 Ada Schieler Jones, 98 years of age, passed away on January 2, 2021, at University Place retirement home in West Lafayette, Indiana. Ada was born in Remington, Indiana, on August 27, 1922, to John G. Schieler, Jr. and Marie M. Schieler. She grew up on a farm with her brothers and sisters and attended the local high school where she met her future husband, a teacher, William (Bill) Martin Jones. They married in December of 1943, in Remington, Indiana. They lived in various places including San Diego (during WWII), and later moved to De Motte, Morocco, and Kokomo, Indiana. Ada had several jobs throughout her early life but was mostly a loving housewife and mother. In later years, she went to the university to obtain her teaching degree and became a kindergarten teacher. When Bill retired, the couple moved to Nashville, Indiana, where Bill grew up. There they transformed Bill’s childhood home into a gift shop called the Honeysuckle Place, and they spent many happy years maintaining the home and shop and volunteering in the community. After Bill’s passing in 1992, Ada continued to enjoy maintaining Honeysuckle Place, visiting with friends and family, and volunteering as a docent at the Historical Society. In 2005, Ada moved to University Place in West Lafayette, where she spent her remaining years doing many things including, gardening, knitting, painting, exercising, and bible study.  Ada was a lifelong member of the Christian Apostolic Church. She was interred next to her husband in Nashville, Indiana. A remembrance service will be held in the spring. She is survived by two sons, Kerry Jones and Ross Jones (wife Ana E. Jones) and four granddaughters, Laura Jones Roenick (husband Russ Roenick), Jennifer Jones (husband Larry Brown), Emily Jones and Lucy Jones and three great grandsons, Wesley Roenick, Luke Roenick, and Sawyer Brown.